An Uncommon Earl by Sian Ann Bessey-Book Review and Giveaway 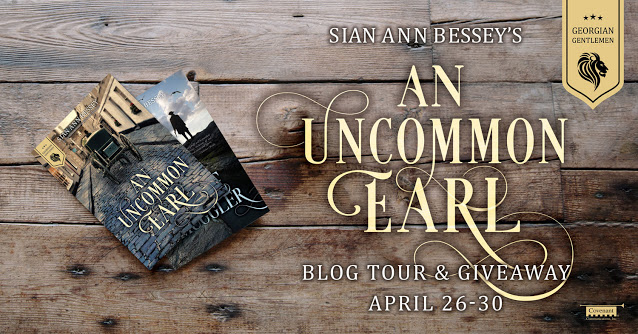 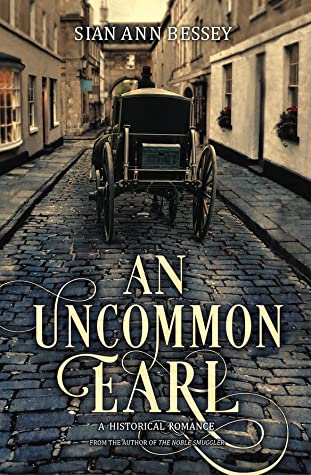 Book Summary
Alexander Allerton, the Earl of Bloxley’s, greatest desire is to alleviate the suffering of the poor and less fortunate of England. So when his hackney carriage is involved in an accident that results in the death of one of those he is determined to help, he is devastated. Alexander vows to keep the promise he makes to the injured woman as she takes her final breaths: he will not rest until he finds her young son.

After a crippling accident years ago, Jane Hadford is accustomed to being largely ignored at social events. But being overlooked has allowed her to hone her observational skills—and she quickly perceives that all is not well with the handsome Lord Bloxley. When an unexpected opportunity arises to talk to the earl, he surprises them both by sharing with her his fruitless search for the child. Touched by Lord Bloxley’s story and by his desire to make things right, Jane determines to help him fulfill his promise. What she cannot anticipate, however, is that the quest she has chosen to undertake will bring into her life a small boy who will steal her heart and a gentleman who might well do the same. 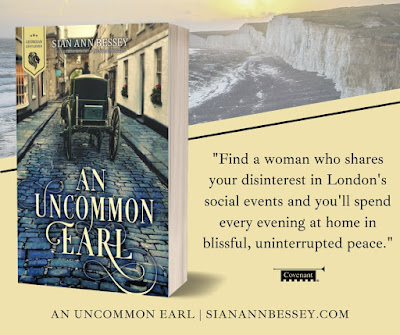 Just when you think an author can't top her last book, along comes Sian Ann Bessey and her new novel,

An Uncommon Earl. It's the second book in the Georgian Gentleman series. I'm still smiling as I'm thinking back on this book and its fabulous, kind, and extraordinary characters.

Alexander Allerton, the Earl of Bloxley, is not like most men of his station. He cares about all people, especially the children and poor of England. He finds ways to change laws to help others. His mother wants him to marry a beautiful, rich, young lady of society. That's not where his interests lie. After the carriage he's riding in hits and critically injures a young woman selling flowers, he promises to find her young son. Now Alexander sets forth on a mission to honor this woman's dying wish.

Jane Hadford is kind, beautiful, intelligent, and crippled from a horse accident. She thinks that no one will ever want her and lives her life doing good. One night Jane, her high-spirited Aunt Millard, and Alexander end up hiding in the library at a ball. Soon, the Earl has poured his heart out to an attentive Jane telling her about his search for the young boy. This sparks many things, including a search for the boy and great interest in each other. Oh, how I enjoyed each chapter as Alexander and Jane started working together finally finding young Asher. The compelling plot and its irresistible characters bind you so you read and read until you're finished. All of the elements of this story aren't cheery. Your heart is torn apart from seeing the difficult situations the poor at this time lived through. Bessey has a way of writing scenes that are touching, teaches you about history, and magnificently pens words that make the story flow beautifully.

An Uncommon Earl is one of my favorite books I've read so far this year. I've read several books since this one, but the characters and emotions I felt have stayed with me. This 5 Star book comes highly recommended for readers of historical romance and those wanting to fall deeply into a novel and get lost for a few hours. You will be thanking me later. 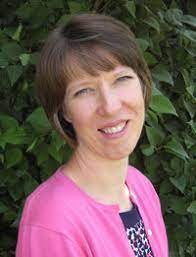 Sian Ann Bessey was born in Cambridge, England, but grew up on the island of Anglesey off the coast of North Wales. She left her homeland to attend Brigham Young University in Utah, where she earned a bachelor's degree in communications with a minor in English.
She began her writing career as a student, publishing several magazine articles while still in college. Since then she has published historical romance and romantic suspense novels, along with a variety of children's books. She is a USA Today best selling author and a Whitney Award finalist.Although Sian doesn't have the opportunity to speak Welsh very often anymore, she can still wrap her tongue around, "Llanfairpwllgwyngyllgogerychwyrndrobwllllantysiliogogogoch." She loves to travel and experience other cultures, but when she's home, her favorite activities are spending time with her family, cooking, and reading.
Learn more about Sian Ann and her books HERE: www.sianannbessey.com
Purchase An Uncommon Earl HERE:
https://amzn.to/2R66HVt
***Enter the Giveaway to win a copy of***
An Uncommon Earl HERE:
a Rafflecopter giveaway
Posted by Why Not? Because I Said So! at 10:15 PM

Email ThisBlogThis!Share to TwitterShare to FacebookShare to Pinterest
Labels: An Uncommon Earl by Sian Ann Bessey-Book Review and Giveaway