Genre:  Christian, Fiction, Historical, Regency, Romance
Publisher: Cedar Fort
Publication date: June 12, 2018
Francesca Haversham is eighteen years old and about to step into a glittering future – all she has to do is secure her wealth with an advantageous marriage. Then she learns the truth:her entire identity is a lie. Now Francesca faces a horrible choice. Will she give up all she knows or continue to lie about her past and risk everything, including her heart?
GOODREADS | AMAZON

Julie Matern is a resident of Utah. She attended the University of Exeter in Exeter, England, and graduated with a double major in French and Education. She was born and raised in England, moving to America after her marriage and is the mother of six children. She has served in the PTA for over 20 years, taught tap dance, and enjoys amateur photography. She is the author of ‘British War Children’ ( for which she received a “Recommended Read” award from the League of Utah Writers) and ‘British War Children 2: An Enemy Among Us’.
Hometown: Highland, UT
FACEBOOK | TWITTER | WEBSITE

1. If you could go to tea with any of the characters in The Secret of Haversham House, who would you go with and why?
Lady Augusta Haversham firstly, though she might refuse the invitation as I am a social ‘nobody’! I would ask her if she is lonely and whether her pride is worth the price of exclusion from her family. I would also ask her if she has any regrets about her own behavior.
Secondly, I would be very interested to talk to Antonio, Francesca’s birth father, about how he felt when he learned that he had a daughter and all the emotions it stirred up and if he was angry about the contract they made him sign.
I think I might also like to go to tea with Mario and ask what he really thought of Giorgio’s revelation about a secret granddaughter and the search for her.
2. Did you travel to gather research for The Secret of Haversham House?  If so, where did you go? If not, what did you do to gather your research for this story?
I travel to England frequently to visit family and I have lived in France twice and often pop over when I am in England. So my research has been conducted over a lifetime. I have been to Italy once but a daughter spent time there on a study abroad and shared her love of it. In terms of research of the language style, I read Jane Austen, Charlotte Bronte, Elizabeth Gaskill and watch lots of period dramas.
3. What did your writing process look like for The Secret of Haversham House?
This was my first book for adults and though I was careful not to write down to the middle grade readers obviously, the language for an adult regency book needed to be of a higher level. Also, the number of characters was much greater (necessitating some family group sheets and family trees to keep it all straight!) and the plot was more complex. I am not an extensive planner when I write (though many authors are). I know the end and perhaps the middle but then I let the story write itself. It can surprise me and is an exciting way to write. The characters are like this to some extent too. I write a bio of each character for reference at the beginning but they often change during the course of the novel and I have to go back and edit the bio. I also often write amidst lots of noise and activity. I am drawn into the writing so much that I am able to block the disturbance out, fortunately, which means I can be in the middle of my family while writing and not closeted away.
4. What inspired the idea for The Secret of Haversham House?
Social class. It is still alive and well in England but not to the extent it was in this period. One day I wondered what would happen to a person who discovered that they were actually from a much lower class. Would it change the way friends and family treated them? I decided it would and thus a main character with a secret past was born.
5. What did you as a writer take away from writing The Secret of Haversham House?
When I started the novel I did not know that Phillip was going to experience an emotional crisis. His reaction to Francesca’s heritage showed me that we all might have hidden prejudices that we only discover when circumstances tease them out. I also firmly believe that through Christ we can overcome all and any prejudices.
6. What is your current WIP?  What can you share with us about this project?
Arranged marriage was obviously the standard during this period. Jane Austen’s writings show us that marrying for love was an often unattainable wish. It is a concept so foreign to our culture that I wanted to examine it. In order to do this, I created a character who is thrust into different households as a governess. She experiences the difficulties of arranged marriage as an observer. I plan on writing a third novel from the viewpoint of the bride of an arranged marriage.​

10 Behind the Scenes Facts About the Book

Francesca stopped breathing as Mr. Ashbourne gently took her gloved hand in his and expertly spun her around the room, leaving her former partner spluttering at the lack of manners, in the center of the dance floor. She became dizzy at the realization that Mr. Ashbourne was actually dancing with her. After several turns, he lowered his head and whispered into her ear, his nose tickling her skin and sending a thrill up her spine, causing a delicious sensation in her midriff. “Are you unwell?” he asked. “You look faint.” She recovered herself and observed that he had a playful smile on his lips, fully aware of the power his presence had on young ladies. Not wanting to appear as inexperienced as she really was, she blurted out, “Oh no, you merely surprised me, that is all.” “Then I shall take pleasure in surprising you whenever I can as it only serves to heighten your beauty!” Francesca’s cheeks burned under his scrutiny and she bent her neck to avoid his piercing gaze and gather her confused thoughts.

I truly loved this novel. The main character Francesca is so likable, but she is not perfect, but very endearing. I loved her attitude about life and when unseen circumstances came to light, she accepted things with grace and dignity. I also loved the character of Phillip, her good friend who was secretly in love with Francesca. I loved and admired Francesca's loving parents. My heart also couldn't help but love the Italian grandfather Giorgio. Two un-named characters I disliked greatly for different reasons and one is related to Francesca. Her behavior was appalling.

The idea that society rules in England overruled heart and smart thinking was so true. It plays a huge part in this story. I'm happy to say, the people who appeared to be the biggest snobs gained their just rewards. Even though the readers knows about the big reveal that will happen in the book this doesn't take away at all from the slight angst you go through wondering how it all will be revealed.

I highly recommend this Pure Romance book that's clean, well written,and has wonderful characters both good and evil. This novel would be enjoyed by older teens and adults. 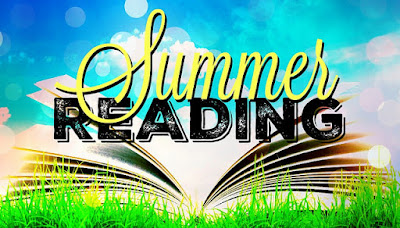 This book is my next recommendation for your Summer Reading! Don't forget to enter the giveaway to try and win your own copy.

Enter the giveaway HERE.
Giveaway is subject to policies HERE.