The Iron Daughter by Julie Kagawa
My rating: 4 of 5 stars

Book Summary
Half Summer faery princess, half-human, Meghan has never fit in anywhere. Deserted by the Winter prince she thought loved her, she is prisoner to the Winter faery queen. As war looms between Summer and Winter, Meghan knows that the real danger comes from the Iron fey—ironbound faeries that only she and her absent prince have seen. But no one believes her.

Worse, Meghan's own fey powers have been cut off. She's stuck in Faery with only her wits for help. Trusting anyone would be foolish. Trusting a seeming traitor could be deadly. But even as she grows a backbone of iron, Meghan can't help but hear the whispers of longing in her all-too-human heart.

This was actually a pretty good 2nd book in a series. I enjoyed seeing the characters grow closer together. I truly love the side characters too. Puck is for sure one of my favorite. I hope that in the next book we get to know Ash more. I still feel like he is an anomaly from other male lead characters in this type of novel. This series is also a great one to listen to on Audible. That's how I'm getting books read on my "To-Read" list from years ago. I will definitely be reading/listening to the next book in the series.

View all my reviews
Posted by Why Not? Because I Said So! at 10:25 PM No comments:

Email ThisBlogThis!Share to TwitterShare to FacebookShare to Pinterest
Labels: The Iron Daughter by Julie Kagawa-Book Review

The Wish and the Peacock By Wendy S. Swore: Book Review 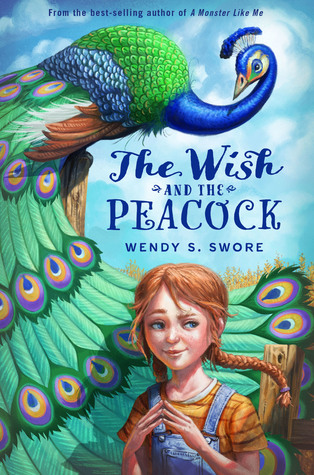