Laura L. Walker grew up in a large family in the beautiful Gila Valley of southern Arizona. From the time Laura was young, she spent hours drawing characters on paper and fantasizing about their adventures. Life became more serious, however, when Laura met her own hero and they eventually became the parents of six children. In between spurts of grocery shopping, sewing costumes or quilts, transporting kids to practices, and making dinner, Laura still enjoys putting her imagination to good use. She is the author of four contemporary romances. 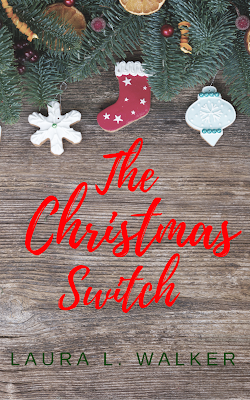 For schoolmarm Amanda Cordell, Christmas Eve means getting through the special program she and her pupils have put together for the townsfolk in Langdon. And even though she has vowed to not set eyes on handsome Calvin Hunsaker, it becomes inevitable when his incorrigible son needs her help. Everyone knows how bitter Calvin is over his wife's sudden death, and somehow Amanda senses that he sees her the same way, as the spineless, helpless socialite she used to be.

Calvin Hunsaker is determined to ignore the feeling of attraction stirring inside him for the new schoolmarm, even if she is the most beautiful woman he's ever seen. But she's here to pick up the pieces after her brother and sister-in-law's untimely deaths and raise their two youngsters, not bedazzle him with the same charms his first wife possessed. Better to bundle up and head out of this one-room schoolhouse the second the program's ends.

But a winter storm and two mischievous boys have other plans, and Amanda and Calvin's plans to avoid each other go awry when Calvin is stranded at Amanda's house over the Christmas holiday. Will there be joy and thanksgiving in their future or will the winter blues descend on them once again?"

1.  Describe yourself in 50 words or less.
I am a wife, mother of six, and person with big ideas--most of which are ususally too big for me to put into reasonable action. Does that make me a risk taker? I'm not sure, but in life we all have to take a chance at something, right?

2. What do you love most in the world?
My family and my religion

3. What inspired you to become an Author?
I've always been a dreamer. My fictional world is (usually) more exciting than my real life. And, being an author of sweet romance, the biggest thing I dream about is the big kiss at the end!

4. What is your largest unfulfilled dream, and what are you doing to reach it?
I want to travel and see lots of new places. Writing and publishing stories that people want to read is one way I'm working toward that dream.

5. What is your trick for getting past writer's block? And what advice do you have for other authors who are struggling to tell their story?
Don't get bogged down by a strict outline. Form a basic one and go from there. Let your characters guide you. They'll tell you the story.

6. Now that we've gotten to know each other, tell me a story. It can be long or short. From your childhood or last week. Funny, sad, or somewhere in between. Just make sure it's yours. What's your story?
My grandmother's birthday falls on the week before Christmas. As a child, I remember every Christmas when my aunts and uncles, cousins, and mom and dad and siblings would get together and have a big birthday/Christmas party for her. At the end of the party, we went around town, caroling at the homes of elderly people in our town. Sadly, the tradition has stopped, and I miss those nostalgic days. 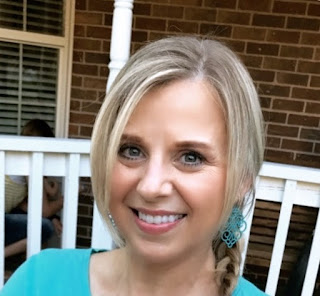 Cindy Roland Anderson is an Amazon best selling author who writes clean, contemporary romance with a combination of humor, romantic tension and some pretty great kissing scenes. She and her husband live in northern Utah, and are parents to five children, and grandparents to six adorable grandchildren. She is a registered nurse and has worked in the NICU as well as the newborn nursery. She loves to read, almost as much as she loves writing. And she loves chocolate…probably a little too much. 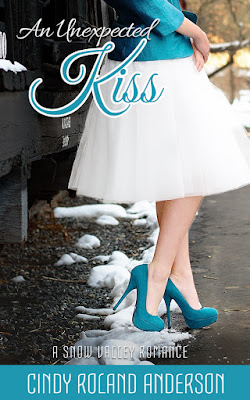 Lucy Phillips doesn’t want to spend her Christmas vacation dodging her ex-boyfriend, so when he turns up at the airport to give her a ride home, Lucy panics and asks a complete stranger to kiss her. Although the kiss is incredible, Lucy never expects to see the guy again.

Is it bad luck or destiny when Lucy comes down with a sore throat and the new doctor in Snow Valley is none other than Cole Taggart, the guy she kissed at the airport?

*NOTE TO READER: THIS IS A REVISED EDITION WITH A BONUS EPILOGUE. "

I’m a wife, a mother, and—according to my grandkids—the best nana ever. I cook out of necessity, but love to bake. I enjoy helping others and love taking care of my family. I love reading and writing light-hearted romance. And I love chocolate. I really, really love chocolate.

2. What do you love most in the world?

3. What inspired you to become an Author?

I love books and have always been an avid reader. I don’t remember exactly what it was, but one day I just said to myself that I should write a book. I started thinking about a storyline and then I couldn’t stop thinking about it.

4. What is your largest unfulfilled dream, and what are you doing to reach it?

I would love to see one of my books become a Hallmark movie. Recently, Hallmark has started accepting manuscript submissions. My goal is to submit a new manuscript and hope it not only gets published, but is also made into a movie.

5. What is your trick for getting past writer's block? And what advice do you have for other authors who are struggling to tell their story?

Writer’s block is really frustrating. The best way I’ve found to get through it is to ask myself why am I stuck and where do I want the story to go? It really helps to talk it over with someone, like my husband, or just talk to myself out loud. The best advice is to keep writing. If I know what needs to happen next, but I’m having a hard time getting to that scene, I skip over the hard part and write the next scene. It’s amazing because when I come back to the difficult part it is always so clear what I need to do.

6. Now that we've gotten to know each other, tell me a story. It can be long or short. From your childhood or last week. Funny, sad, or somewhere in between. Just make sure it's yours. What's your story?

My kids love to tease about what they call my “blonde” moments. This past week we went to cut down our Christmas tree. After finding the perfect tree, my husband and two boys tied it to the roof of our van. Before reaching home, we decided to stop at Chick-fil-A for dinner. I was driving and when we pulled up to the drive-thru window the girl said, “I see you’ve been Christmas tree shopping.” My first reaction was astonishment. How did she know we’d been out getting our Christmas tree…then it hit me…the tree is on the roof of the car. It was embarrassing, but the Chick-fil-A girl laughed, right along with my family and myself. 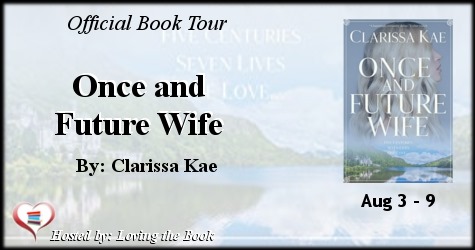