The Watchers Book 1: Knight of Light by Deirdra Eden-Spotlight and Giveaway

Book Description :
All the training in Heaven couldn’t prepare me for the war on earth, nor for the love, loss, or loneliness humans feel. There are things worse than death, and every last one of them is hunting people like us. Even though we all feel human at times, we must remember, we are not them, we are their watchers. In England, 1270 A.D., Auriella (pronounced yurr-ee-ella) flees her village after being accused of witchcraft. Pursued by nightmarish creatures, she struggles to accept the truth about her humanity. Filled with fairies, dwarves, pixies, dragons, demons, and monsters, Knight of Light is an enthralling tale that will capture the imaginations of readers young and old.
*Check at the bottom of this post for the chance to win a $100 Amazon gift card and copies of the book!*
Watch the Incredible Book Trailer for Watchers!


The Watchers Series has been described as Braveheart meets Supernatural. The mythology for the series is based on many theological texts from dozens of sects with correlating themes. Ancient writings include the Dead Sea Scrolls, the Traditional Apocrypha, the Pearl of Great Price and the Kabbalah. The Watchers are supernatural beings in human form whose duty it is to protect and guard mankind from the armies of darkness. Unfortunately, as the Book of Enoch mentions, some of these Watchers go bad.

Although the mythology is based on these texts, Deirdra Eden’s, The Watcher’s Series, is written in a traditional fairytale style with a young girl’s discovery of incredible, but dangerous powers within herself, a cast of humorous side-kicks, a quest for greater self-discovery and purpose, and villains of epic proportions.

“My goal in writing is to saturate my books with intrigue, mystery, romance, and plot twists that will keep my readers in suspense. I want to see fingerprints on the front and back covers where readers have gripped the novel with white knuckles!
Aside from writing, I enjoy jousting in arenas, planning invasions, horseback riding through open meadows, swimming in the ocean, hiking up mountains, camping in cool shady woods, climbing trees barefoot, and going on adventures.”
-Deirdra Eden

a Rafflecopter giveaway
Posted by Why Not? Because I Said So! at 9:00 AM No comments:

Email ThisBlogThis!Share to TwitterShare to FacebookShare to Pinterest
Labels: Deirdra Eden, Spotlight and Giveaway, The Watchers Book 1: Knight of Light

Janitors 4: Strike of the Sweepers by Tyler Whitesides-Blog Tour Review 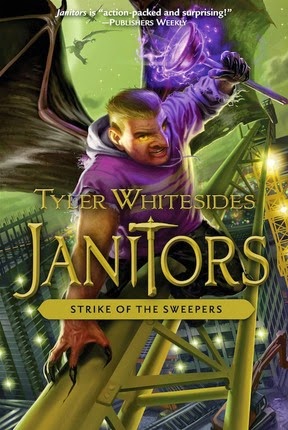 
Book Description:
The stakes have never been higher, and you have never seen squeegees do this before! It is a wild and slightly unsanitary ride as Spencer, Daisy, and the rebels find themselves chased by Mr. Clean's new and terrifying breed of toxite--the Sweepers. Time is short. With the fabled Manualis Custodum in hand, Spencer must figure out how to summon the founding witches if they ever hope to mop up and save education.

My Review:
Janitors has been among my top favorite Middle Grade fantasy series. I've been recommending Janitors to kids and their parents since this series first came out. The kids can relate to main characters, Spencer and Daisy. They want to have a grand adventure like these now sixth-graders are having.

Did I like this new installment in the Janitors series? With two words I answer...Of Course!!  It picked up soon after where book three ended. Mr.Clean has become even bigger and scarier as he has invented a new half-breed of toxite's called, The Sweepers. They are more fierce and deadlier than anything they've encountered yet! Spencer, Daisy, and the other rebels find their jobs are even harder as they need to find a way to summon the Founding Witches that can finally end this great fight against Mr.Clean and the BEM.

One of the favorite things my kids loved in this book is Daisy's pet, Bookworm, a Thingamajunk: a walking heap of trash with a mind of it's own and a very unique and cute personality. It had followed Daisy home from the landfill (read in book 3 all about that!). The way it's described is hilarious! "..it's head was comprised of a dented lunchbox and a moldy textbook dangling down like a sloppy jaw...his trademark smile revealed stubs of broken pencils arranged like teeth in the yellow pages." What great story starters to get kid's imagination going and thinking of what they're own trash pet would be made of and what it would look like.

There were so many exciting plot twists in this book. It made for an fun and wild read. As always, I highly recommend that you start reading book one first and then progress through the series. This is an excellent read-aloud for classrooms and for families. Also, be prepared for an ultra shocking ending that will leave you shaking your head and saying,"WHAT?" Book five will not be out soon enough to read the conclusion to this wonderful series.

You can purchase Janitors 4: Strike of the Sweepers
at Amazon, Deseret Book and Barnes and Noble. 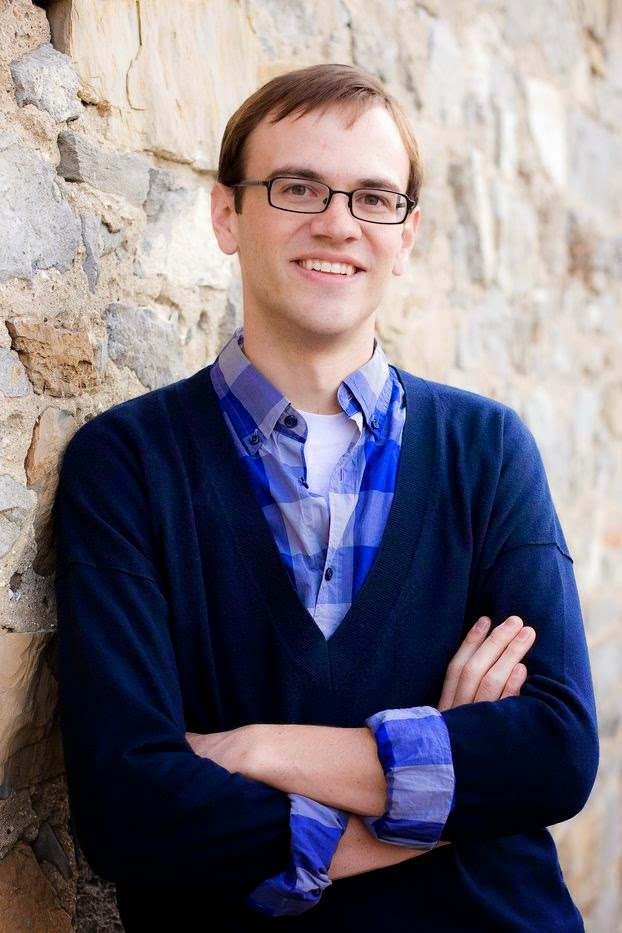 Tyler Whitesides worked as a janitor at an elementary school to put himself through college. He is the best-selling author

of the Janitors series. He graduated from Utah State with a degree in Music. In addition to writing YA novels, Tyler is an avid
composer and arranger of instrumental music. He and his wife—who teaches third grade—live in Logan, Utah.
Posted by Why Not? Because I Said So! at 7:30 AM No comments: