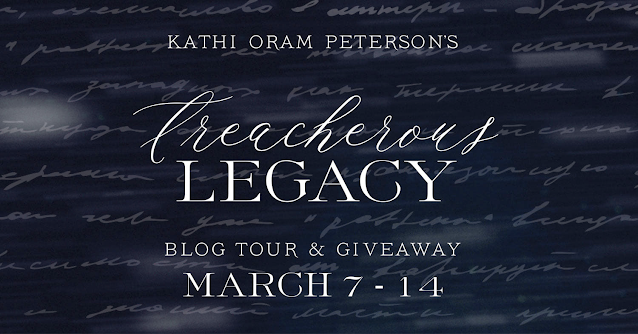 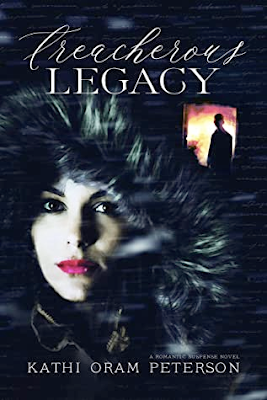 Book Summary
Anna Braverman comes from a long line of intelligence agents, but her late father insisted she follow a different path and become an accountant. When an urgent summons arrives from her only living relative, Uncle Ezra, Anna drops everything to meet him in a café on the outskirts of Reykjavík, Iceland. Uncle Ezra sweeps her into a decades-old mystery as he explains that her great-grandfather, a famous Jewish artist, was accused of being a Nazi sympathizer. He wants Anna to help him disprove the lie and expose the truth. But they can trust no one. Any skepticism Anna may have harbored disappears when her uncle is shot. Barely alive, he utters one final word: “Run.”

Though he met Ezra only briefly, journalist Kristofer Tómasson knows the information the old man passed on to his niece is likely the reason he was murdered. Now his niece’s life is also in peril. Despite the danger, Kristofer approaches Anna with an offer to help in exchange for an exclusive story. United by a common goal, as well as an undeniable spark of attraction, Anna and Kristofer race to uncover the mysteries of the past—that is, if they survive.
My Review
I've read many books by this author and this one is so unique in many ways. The historical aspect alone was interesting and thrilling. It starts during WWII and then switches to modern day. It takes place in Iceland and Denmark. This is a part of WWII history I've never studied about. The main character Anna is Jewish and she's looking for the truth about what happened to her Great-Grandparents during the Holocaust.
There is so much action and huge waves of suspense in this book. Poor Anna is never sure who to trust from one minute to the next. As she gathers clues, the mystery broadens even more. Let's just say that Treacherous Legacy is truly intense! Some of the twists and turns will leave you reeling in shock. I know I gasped out loud several times while reading. Anna's family legacy was a lot more complicated than she'd imagined.
This novel has colorful characters from bold journalist Kristofer Tómasson, to the mysterious spy Samara, and also the gruff little old lady, Unn, who captained her own boat. I loved the details the author wrote that brought to life Iceland and Denmark for me. This novel is rich in historical details that made reading this book not only entertaining but very interesting too.
This book is recommended to readers that love a good murder mystery, historical intrigue, and the journey of unexpected romance. 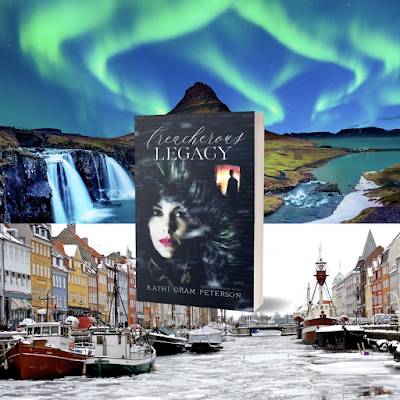 Excerpt From Treacherous Legacy
September 29, 1943
Copenhagen, Denmark
Sweat beaded Joseph Braverman’s forehead. He sat at his desk, where the satchel containing the wireless telegraph machine rested, earphones on his head as he listened for confirmation from the Danish Resistance that they had received his message. He pulled his Waltham watch from his pocket and held it to the dim lightbulb of the desk lamp: 11:30 p.m. A reply shouldn’t take this long. He glanced at his wife.
Hadassah’s anxious brown eyes watched his every move as she stood by their apartment door with her hands grasping each of their ten-year-old twin boys’ hands. A small suitcase crammed with precious photos and clean undergarments for the family rested by her feet. Joseph hoped the skipper of the small skiff wouldn’t mind. The man had said Joseph’s family could hide in the hull but no luggage. Surely, they could make room for one small suitcase.
Benjamin and Bernard’s identical faces were still pale with shock. The entire family had been stunned during their worship at the synagogue only a few hours ago. They had gone to stand before God on Rosh Hashanah, the Day of Judgment, but their beloved Rabbi Melchior had interrupted services and said, “We have news that this coming Friday night, the night between the first and second of October, the Gestapo will arrest every Jew in Denmark. They have our names and addresses. We must leave now.” And then the rabbi had sent the congregation home.
For a small fortune, Joseph had procured a boat on their way to their apartment, but he’d also seen something disturbing at the harbor. Something he shouldn’t have. Something that, if the Resistance knew, could save thousands of lives. He had to report it. While Hadassah had gathered their things, he’d sent the message. What was keeping Command from acknowledging that they’d received it? Joseph didn’t have time for this. Nor did his family. It wouldn’t take the Germans long to triangulate a transmission and know exactly where it had come from. There had been no time to go into the woods, away from their apartment, like he usually did.
He pulled the right earphone away from his head. “Hadassah, you and the boys go on without me. I’ll catch up.” “No!” She stood her ground. “We’ll never find each other again. We’re staying together.” The twins said nothing, just stared at him with haunted eyes. They knew too well the danger around them. Though the Germans had invaded their homeland three years ago, things had grown worse during the last year. His sons had had to watch as German soldiers had hauled away the baker from the corner pastry shop because they’d assumed he was a spy. The boys had witnessed the soldiers beating him, seen the blood covering his face. The twins knew very well that their father was part of the Danish Resistance. The same thing could happen to him. From that day on, they’d grown more solemn.
Joseph had to make Hadassah see reason. “The boat is waiting. I’ll catch up. I promise. Go!” With great reluctance, his beloved picked up the suitcase, opened the door, and gave Joseph a soulful look that said she loved him before ushering the boys out. Joseph prayed with all his heart that they’d be safe.
Cursing under his breath, he jerked the earphones off his head. He wondered if the rumored spy within the Resistance had intercepted his message. The danger Joseph had put his family in could be for naught. He’d find some other way to get word to Command. His gaze shot around the room, searching. It would be too dangerous to carry his coded notes on his person. Besides, he had it memorized. He couldn’t risk burning it and drawing attention. He had to hide it. If he were stopped from getting word to the Resistance, maybe someone would find the message. His eyes locked on The Portrait of Bethsedia that he’d painted years ago. It was worth a fortune. The Nazis might destroy his home, but even they appreciated true art. Joseph’s work was world-renowned. He rushed over and took the painting off the wall. Footsteps thundered up the stairs.
Nazi jack boots. Many of them.
Joseph folded the message to the smallest square, then turned the painting over and slid the paper between the underside wood frame and the stretched canvas that was stapled to it. Barely noticeable. With shaking hands, he hefted the painting onto the wall. “Tur auf!” Thuds shook the door.
The doorknob rattled. Nazis burst in, guns at the ready. They shoved Hadassah and the twins to the floor at Joseph’s feet. Brokenhearted, he gathered his family to him, holding them tight. Would they ever forgive him? And would the message he’d risked everything for ever be found? 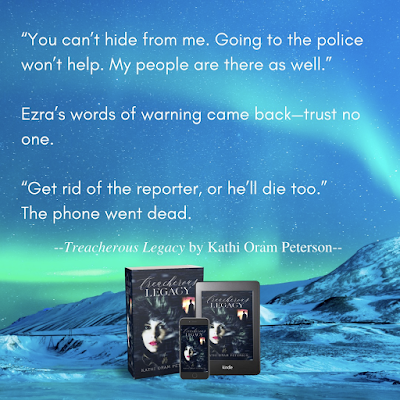 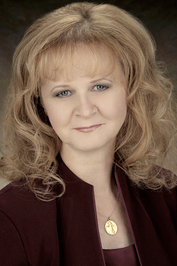 Kathi Oram Peterson is the Whitney Award winning author of A FAMILIAR FEAR, released in 2018.

Kathi's heart-pounding suspense novels make readers double check door locks and sleep with a flashlight. Her YA Time Travels bring readers to historical events as if they are there. Her novels have richly-drawn characters and plots that hook readers and make setting the book down nearly impossible.

Keep connected with Kathi--and stay informed about special deals, new released, and other reader perks--by signing up for her newsletter: http://eepurl.com/cE52Y1

Stories included in other books:

A Christmas to Remember (2011)
Life Lessons from Mothers of Faith (2013)
Remembering the Joy of Christmas (2015)
a Rafflecopter giveaway
Posted by Why Not? Because I Said So! at 8:32 PM