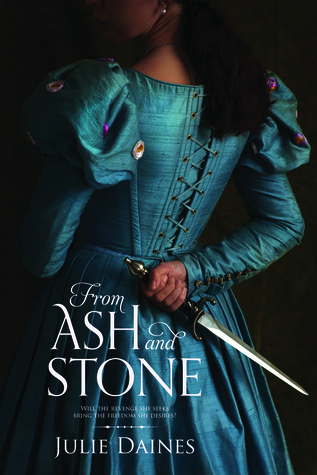 
Lady Margaret Grey of Hartfell wants for nothing. The daughter of a knight, she has a loving family, wealth, and even a secret romance with the blacksmith's son. But all that is torn from her one fateful night when her home is attacked and her family killed. She is left with nothing but bitterness, an unwavering mistrust of men, and a strange and mysterious curse that allows her to feel the thoughts of anyone who touches her.

Now, after six years away, Margaret is returning home for one reason: revenge. She hopes that by avenging her family's deaths, she will somehow be freed from her curse. But it won't be easy. The identities of the raiders are still unknown, she has little left to her name, and traveling alone in the Northumbrian hills during the border wars is dangerous. Matters are further complicated by handsome Angus Robson, a Scotsman whose charm threatens to distract her from her plans. But the raiders are closer than she knows, and Margaret soon realizes that what she believed to be a curse may be the key to finding those she seeks. One touch will reveal the truth.

My Review
Lady Margaret is obsessed with finding who was the cause of her family's demise. This obsession fuels her and the plot as she seeks to find the killer. Basically she has a hard time focusing on anything else. The worst thing for her is when the handsome Scotsman, Angus, comes along and threatens to steal her heart. He's not part of her plan of enacting revenge and his kindness and loyalty mess with her head & heart.

This story takes place during the reign of King Henry the VIII when he was divorcing his first wife, Katherine of Aragon, and trying to marry Anne Boleyn. With the King busy fighting the Roman Catholic Church he had no time to be concerned with the struggles taking place along the English-Scottish borders. This time period had always intrigued me. It was fascinating to read a story that took place in this area of Europe and from the perspective of a woman whose life had been ruined by the Border Reivers savaging the people and lands.

The best developed characters of course are Margaret, Angus, his stoic mute brother Gillis, the girl she saved & who was devoted to her,Osanna, and of course the dog Hamish. I really liked the dog a lot! He was clever and devoted and was the catalyst to opening up Margaret's heart so she'd eventually accept love from a certain man.

This story is full of adventure, mystery, excitement, and a little bit of paranormal thrown in with a set of powers that Margaret acquired when she was almost killed six years before. I loved this great twist in a historical novel and it added so much to the main character. This book was so good and I heartily recommend it for those looking for a different romance with a fiery lead character who'll stop at nothing to avenge her family. BTW, you're going to love the gorgeous cover of this book. It pulled me in before I had ever read the back cover. This book has non-graphic mild violence and is a clean romance. 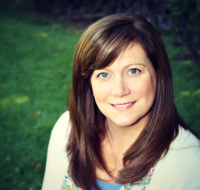 Julie Daines was born in Concord, Massachusetts, and was raised in Utah. She spent eighteen months living in London, where she studied and fell in love with English literature, sticky toffee pudding, and the mysterious guy who ran the kebab store around the corner.
She loves reading, writing, and watching movies—anything that transports her to another world. She picks Captain Wentworth over Mr. Darcy, firmly believes in second breakfast, and never leaves home without her verveine.
Julie is an award-winning and best-selling author, and her novel, Unraveled, was a contender for the ALA’s Schneider Family Book Award.

Enter the Giveaway to Win...
$25 Amazon Gift Card and a Free Copy
of ’From Ash and Stone"

a Rafflecopter giveaway
Posted by Why Not? Because I Said So! at 9:30 AM

Email ThisBlogThis!Share to TwitterShare to FacebookShare to Pinterest
Labels: From Ash and Stone By Julie Daines-Blog Tour Review and Giveaway for $25 Amazon Gift Card and a Free Copy of ’From Ash and Stone"