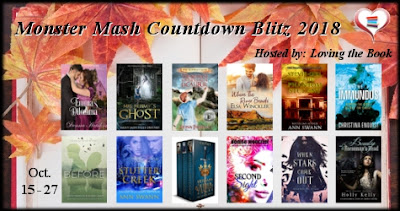 I grew up in Salinas, California, the same hometown of John Steinbeck, one of America’s greatest writers. I loved to read (and still do) and frequented the John Steinbeck Library as a child. I discovered at an early age that I also enjoyed writing. In sixth grade, my teacher, Mr. Graham gave the class an assignment to write a story for a contest. The contest required that we create our book binding as well, which we did with cardboard, glue, and wallpaper. My book was called “Mully Mully” about a creature who lived in an underwater lake city. I was sad when I didn’t win, but I cherished my book so I kept it all these years. It wasn’t until a few years ago that I decided to put other stories, roaming around in my mind, down on paper again, or actually, in my case, into a computer.
I took a non-traditional route to writing, considering I have a doctorate in Educational Leadership. Aside from writing, I work full-time as a Training & Development Coordinator at Kaweah Delta, a  teaching hospital, and some semesters I also teach at College of the Sequoias in Visalia, California, where I currently live. When I’m not at my full-time and part-time job, I enjoy writing, reading, watching TV, and spending time with my husband and pets (cat-Smokey, dog-Princess).
The Immundus is my debut novel.

Would you sacrifice your humanity to save mankind?

IT’S THE YEAR 2828, and Domus is the last remaining country. Divided into twelve walled cities known as genuses, Domus spans what’s known as the purist lands—lands unaffected by the genetic modifications that killed all other species of mammals. But outside the walls of each genus the Immundus threaten the welfare of those within. From a young age, all citizens of Domus are trained for combat against these intruders.


At sixteen, Nia Luna knows little of the Immundus, except for the citywide alarms that ring any time an Immundus nears the genus walls. What she does know is that her own species is dying—their numbers dwindling as a mysterious disease called allagine kills many before their eleventh birthday. The same disease that ravaged her family when it took her sister.

When Nia is recruited into Genesis, a research company pioneering the path to a cure, she knows that her dream to find a cure for allagine is finally within her grasp. But within weeks of starting at Genesis, Nia witnesses something she shouldn’t have—something that changes everything. As she sets down a dangerous path that uncovers national secrets, Nia will have to decide not only what kind of person she wants to be but also how far she’s willing to go to save humanity.

I walk down the expansive hallway. Most doors are closed, but the door to Calculus class is still open and Mrs. Wiler is at the front of the classroom teaching. I tiptoe through the door, hoping she won’t say anything, but the rickety-rackety-clackety of my shoes yanks my classmates’ attention toward me—eyes prickling my skin as I make my way to my seat. I plop myself down, the lumbar of the seat adjusts to my body, and the desk swings into position in front of me.

“Glad you could join us, Nia,” Mrs. Wiler says, her voice thick with sarcasm. Calculus is not my favorite topic. I think it’s because the teacher has had it in for me all year. I can get by, but only with Alex’s help. I’m so glad he’s in my class.

“Glad I could be here.” I give her a just-leave-me-alone smile. She doesn’t seem too enthused by my response, but it’s enough to appease her, so she continues her lesson.

Sabrina leans over the moment Mrs. Wiler turns away. “Great game last night.” Sabrina’s soft voice surfs the air like cumulus clouds on a calm day. She’s one of the brightest students in class, and I picture her on the Genus Council one day. She’s not a hologram either, which is nice. We attend classes with students in other genuses, though not in person. Instead, 4D holographic forms appear in their stead here, and I appear the same to them there. We can see, touch, hear, and smell the students even though they aren’t here. Still. You can tell the difference.

A hand touches my left shoulder from behind. “Alex wants you to check your messages,” whispers Robert, a hologram from Genus Amatista, which is on the other side of Domus and used to be called Canada. I open my messages on the screen on my desk—or dreen, as we like to call it—being watchful of the teacher. I’m greeted by Alex’s avatar holding balloons and throwing confetti that forms a message. It’s a group message to Eric, Casey, and I. In tall black serif letters it reads:
It was great being teammates. Let’s all go to the promotion party together
after apprenticeship selection.

“Alex, what would you say is the answer to this problem?” Mrs. Wiler inquires, pointing to the calculation on the media wall. I wonder if she knows Alex sent a message out—she’s freaky that way. Alex scribbles on his dreen, sending the equation and answer to the media wall for all to see. He figures out the problems in seconds, which is why I’m glad he’s in my class. Two thumbs up appear on my dreen from Casey and Eric. I add my own.