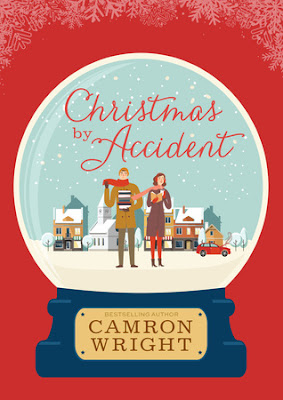 Product Details
Book Summary
Carter is an insurance adjuster whose longing for creative expression spills over sometimes into his accident reports. Abby works for her adoptive father, Uncle Mannie, in the family bookstore, the ReadMore Café. Carter barely tolerates Christmas; Abby loves it. She can't wait past October to build her favorite display, the annual Christmas book tree stack, which Carter despises.

When an automobile accident throws Carter and Abby together, Uncle Mannie, who is harboring secrets of his own, sees a chance for lasting happiness for his little girl. But there are so many hurdles, and not much time left. Will this Christmas deliver the miracle everyone is hoping for? Where love and Christmas are concerned, there are no accidents.
My Review
Christmas By Accident was a such a cute Christmas book. This was a very quick read. As many Christmas stories that have already been written, there is a good message for the main characters and the reader to learn. Carter is a quirky character at first, but he truly made me laugh. The other main character, Abby, is a very serious person, but she has good reason being this way. My very favorite character is Abby's Uncle Mannie who has raised her since her parents died when she was only three years old.
Carter dislikes Christmas because of past experiences in his life. Abby is the biggest fan of Christmas. These two opposite people's lives intersect and not only does romance blossom, but also mayhem.
Even with familiar Christmas tropes spread throughout the novel, they are lovely and hit the mark exactly like the Christmas books I love to read. There are tragedies, heartaches, surprises, and miracles. So, this wonderful Christmas book will make you laugh, cry, and fall in love with everything Christmas again.
Meet Author: Camron Wright 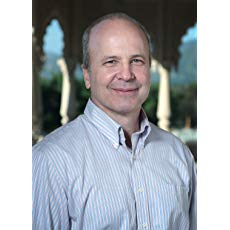 Camron Wright was born and raised in Salt Lake City, Utah. He has a master's degree in Writing and Public Relations from Westminster College. He has owned several successful retail stores in addition to working with his wife in the fashion industry, designing for the McCall Pattern Company in New York.

Camron began writing to get out of attending MBA school at the time, and it proved the better decision. His first book, Letters for Emily, was a Readers Choice Award winner, as well as a selection of the Doubleday Book Club and the Literary Guild. Letters for Emily has been published in North America, Japan, Australia, New Zealand, Germany, Korea, the Netherlands, and China.

The Rent Collector, his second book, won Best Novel of the Year from the Whitney Awards and was a nominee for the prestigious International DUBLIN Literary Award.

The Orphan Keeper, his third book, won 2016 Book of the Year, Gold accolades in Multicultural Fiction from Foreword Reviews, and was winner of Best General Fiction from the Whitney Awards.

His fourth book, The Other Side of the Bridge, was released in March of 2018.

Camron lives with his wife, Alicyn, just south of Salt Lake City at the base of the Wasatch Mountains. He is the proud father of four children, all girls but three.
Purchase Christmas By Accident
HERE: https://amzn.to/2CsxC4z
Posted by Why Not? Because I Said So! at 9:30 AM