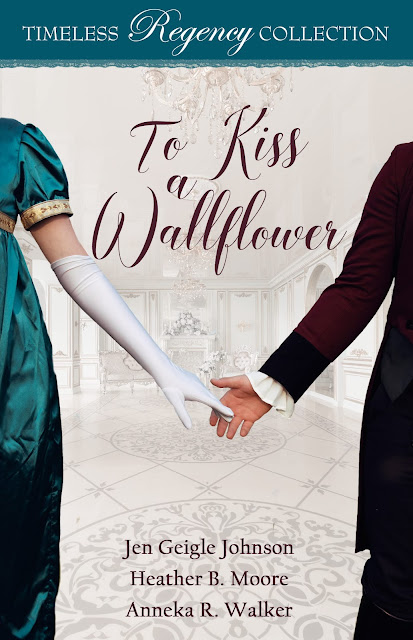 Book Summary
Eventually, all wallflowers will have their chance at love . . . This is where it begins.The Wallflower’s Dance by Jen Geigle JohnsonLottie Hughes likes people, as long as they aren't too close. Does it bother her that no one asks her to dance? Yes, but she's not sure how to drum up dance partners when she has almost no dowry, no title, and freezes up when anyone tries to talk to her. When she suddenly inherits a huge amount and is the new center of attention all over London, her secret dreams might come true but also her worst nightmares. Suddenly everyone wants to talk to her. Men ask her to dance. And she is inundated with interested suitors. She fights to stay close to the few friends she knows are true. One man saw her before her life changed forever. But does she want to accept his help when he, too, might be insincere?Letters to a Wallflower by Heather B. MooreEllen might be beautiful and considered a diamond of the first water by Society, but she is so very tired of the pressure to marry a titled gentleman so that her beauty won’t go to waste. When her cousin Dinah dares Ellen to attend a ball with no frills and to stand with the wallflowers, Ellen takes on the dare. What’s in the wager for her? The prize cuttings of her aunt’s extraordinary roses. But what Ellen isn’t expecting is Lord Ravenshire to engage her in the most interesting conversation. When she confesses to him of her opposition in marrying for a title, he confesses his distaste of the London scene. They strike a bargain together, one which will either push them apart or lead to a future sweeter than either of them could have imagined.To Marry a Wallflower by Anneka R. WalkerCharlotte Winters is destined to spinsterhood until she turns down an unwanted proposal and everything changes. With gossip rampant, her father attempts to salvage her reputation by betrothing her to another. Soon she is sent off to her aunt’s to meet Lord Templeton, her intended. Anxiety-ridden, Charlotte begs her aunt to let her observe Lord Templeton from afar before their introduction. She never planned to pretend to be her fictional cousin to learn more about him, or to fall in love with Lord Templeton’s friend in the process. Lord Templeton dreads returning to the empty halls of Newcliff Manor. When his father’s old friend, Mr. Winters reaches out for assistance, Lord Templeton finds himself returning home engaged to a woman he has never met. Desperate to learn more about Miss Winters, he befriends her cousin. He wouldn’t have spoken to her, or lied about his identity if he’d known the quiet woman would sneak into his heart.
My Review
What a refreshing change in this new Timeless Regency Collection. The "stars" of each story are a female that would be considered a "Wallflower" and a bit more shy and reserved. I loved how each story was written so cute and each so different from the other.
The Wallflower's Dance by Jen Geigle Johnson was a friends-to-lovers trope. Lottie and Denny have a sweet relationship that they both have taken advantage of through the years & not realizing what they truly had. Once Lottie comes into an inheritance this wallflower becomes instantly popular. I loved how Lottie and Denny dance a new dance around each other when they both realize what is at stake.
Letters to a Wallflower by Heather B. Moore was a fun story. Ellen is not truly a wallflower but a diamond of the first water in society. In other words, she's the one most men want. Poor Ellen is so tired of the whole game and just wants to stay home and work in her rose garden. Her mother though is putting pressure on her to marry. For one night and with a wager with her cousin, Ellen becomes a wallflower to get away from the inner circle of society and the presses of men.
Lord Ravenshire has the same problem with a mother who wants him married sooner rather than later. He knows he needs to be there for the Season trying to find a wife but his concerns lie back home with the Merino Sheep the Prince Regent has left in his care. One night he decides to dance with the women at the back of the room; the wallflowers. This story felt like a long novel and I wish it had been. Ellen and Aaron strike a bargain to get away from societal demands by helping each other but they chewed off more than they bargained for.
To Marry a Wallflower by Anneka R. Walker was such a darling premise of two people having to marry without knowing each other. They both decide to find out about the other by undergoing small deceptions. In the long run, the joke is going to be on both of them when they find out something very surprising.  I really liked the characters of Charlotte and Lord Templeton and the letters written to introduce themselves. This was a very clever idea.
All three of these novellas are great and fun to read. This change of pace of women who would prefer to stay out of the spotlight makes for some interesting and delightfully told stories.
***Meet the Authors***
Jen Geigle Johnson 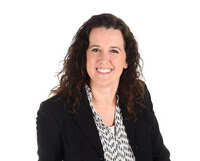 An award-winning author, including the GOLD in Foreword INDIES Book of the Year Awards and LDSPMA Praiseworthy's top award for Romance, Jen Geigle Johnson has more stories circulating in her brain than can possibly be told. She discovered her passion for England while kayaking on the Thames near London as a young teenager. History is her main jam. Her literary heroes include the greats: Jane Austen and Charles Dickens. But she has modern sensibilities as well. Six children and an inspiring husband keep her going and make certain she doesn't stay glued to a keyboard or lost in obscure fascinating details of old castles. She once greeted an ancient turtle under the water by grabbing her fin. She waterskis like a boss and hits the powder, falling down steep moguls with grace. During a study break date in college, she sat on top of a jeep's roll bars up in the mountains and fell in love with the man who would become her everything.

Now, she loves to share bits of history that might otherwise be forgotten. Whether in Regency England, the French Revolution, or Colonial America, her romance novels are much like life is supposed to be: full of adventure. 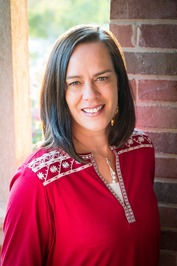 Heather B. Moore is a USA Today bestselling author of more than seventy publications. Her historical novels and thrillers are written under the pen name H.B. Moore. She writes women's fiction, romance, and inspirational non-fiction under Heather B. Moore. This can all be confusing, so her kids just call her Mom. Heather attended Cairo American College in Egypt, the Anglican School of Jerusalem in Israel, and earned a Bachelor of Science degree from Brigham Young University in Utah. Heather is represented by Dystel, Goderich, and Bourret. 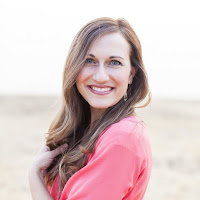 Anneka Walker was raised by a librarian and an English teacher turned judge. After being fed a steady diet of books, she decided to learn about writing. The result was a bachelor's degree in English and History. When she isn't dreaming up a happy ending for a story, she's busy living her own together with her husband and adorable children.
Learn more about Anneka and her books
HERE:https://www.annekawalker.com/
*****Purchase Your Copy of*****
To Kiss a Wallflower HERE:
Paperback Copy: https://amzn.to/3NcDrUp
Kindle Copy: https://amzn.to/3n2UrSx
Other Timeless Regency Collections:
AUTUMN MASQUERADEA MIDWINTER BALLSPRING IN HYDE PARKSUMMER HOUSE PARTYA COUNTRY CHRISTMASA HOLIDAY IN BATHFALLING FOR A DUKEA NIGHT IN GROSVENOR SQUAREROAD TO GRETNA GREENWEDDING WAGERSAN EVENING AT ALMACK'SA WEEK IN BRIGHTONTO LOVE A GOVERNESSWIDOWS OF SOMERSETA CHRISTMAS PROMISEA SEASIDE SUMMERTHE INNS OF DEVONSHIRETO KISS A WALLFLOWER 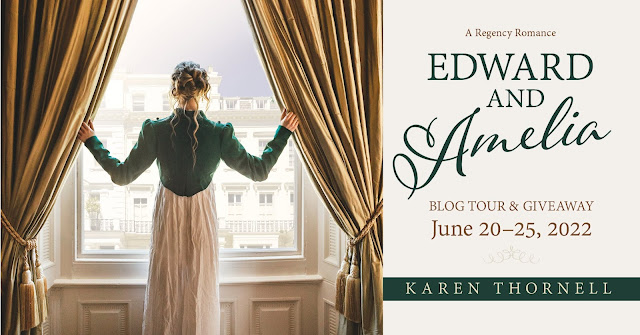