The Slow March Of Light: Inspired By A True Story by Heather B. Moore-Book Review & ***Videos Showcasing Hero Bob Inama*** 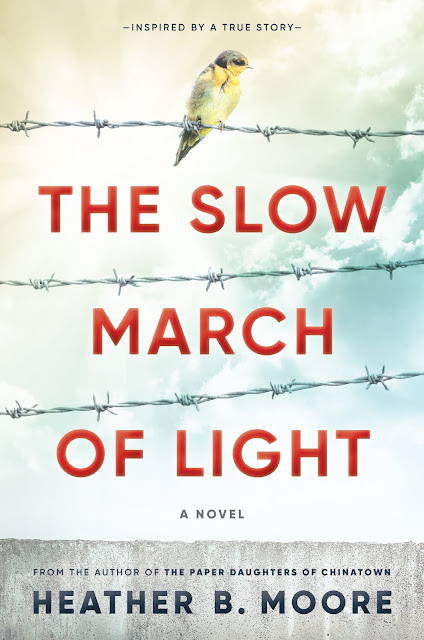 ***I voluntarily reviewed a complimentary copy from the publisher. All opinions are my own*** 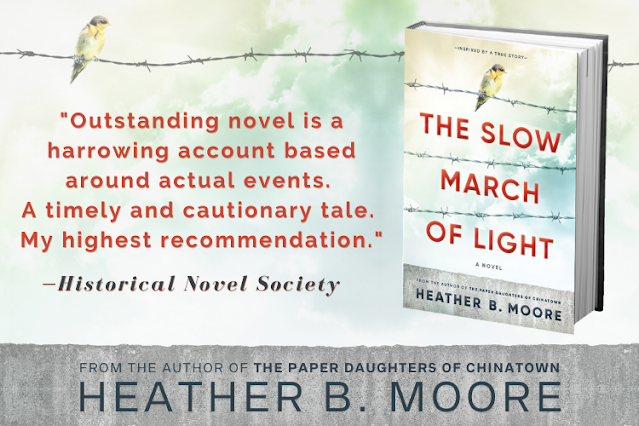 Based on a true story. Inspired by real events.

A riveting and emotionally-gripping novel of an American soldier working as a spy in Soviet-occupied East Germany and a West German woman secretly helping her countrymen escape from behind the Berlin Wall.

In the summer of 1961, a wall of barbed wire goes up quickly in the dead of night, officially dividing Berlin. Luisa Voigt lives in West Berlin, but her grandmother lives across the border and is now trapped inside the newly- isolated communist country of East Germany. Desperate to rescue her grandmother and aware of the many others whose families have been divided, Luisa joins a secret spy network, risking her life to help bring others through a makeshift, underground tunnel to West Germany. Their work is dangerous and not everyone will successfully escape or live to see freedom.

Bob Inama was an outstanding university student, with plans to attend law school when he is drafted into the US Army. Stationed in West Germany, he is glad to be fluent in German, especially after meeting Luisa Voigt at a church social. As they spend time together, they form a close connection. But when Bob receives classified orders to leave for undercover work immediately, he does not get the chance to say goodbye.

With a fake identity, Bob's special assignment is to be a spy embedded in East Germany. His undercover job will give him access to government sites to map out strategic military targets. But Soviet and East German spies, the secret police, and Stasi informants are everywhere, and eventually Bob is caught and sent to a brutal East German prison. Interrogated and tortured daily, Bob clings to any hope he can find from the sunlight that marches across the wall of his prison to the one guard who secretly treats him with kindness to the thought of one day seeing Luisa again.

Author Heather B. Moore masterfully alternates the stories of Bob and Luisa, capturing the human drama unique to Cold War Germany as well as the courage and the resilience of the human spirit.

The Slow March of Light is a historical fiction based on true events and a true-life hero. Bob Inama's story is told brilliantly and with much heart as the events of the beginning of the Cold War ravaged East Germany. This is a part of history that I haven't read as much about as other periods. It was highly fascinating for me to read how The Berlin Wall came about. It was also horrifying to know what life was like for so many people living there.

The story is told from two perspectives, Bob a real-life American soldier, and Luisa, a fictional young lady from West Germany. I loved seeing the story from the two characters and their experiences. Bob eventually is taken as a POW and Luisa becomes involved in underground groups to help people escape from East Berlin. There were many moments to think about how this all came about after WWII ended. Could things have been done differently?

I loved the strength, faith, and hope of Bob Inama while in prison. What a perfect example of endurance and living through trials. I also loved the last chapter of the book that took place many years later. There is something that happened that made me cry. It made all of Bob's pains, sorrow's and lost dreams seem worthwhile to him. Author Heather Moore had the privilege of spending time with Bob before she wrote the story. He did get to read a rough draft of this novel before he passed away in August of 2021 at the age of 86.

Moore writes such remarkable books bringing characters and situations to life so effortlessly. She has harmoniously melded the fiction and real-life events and created a masterful story that will educate and move any reader.

The Making of a Spy 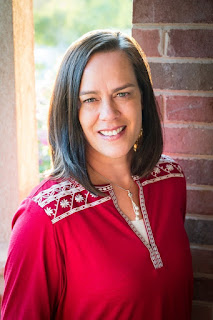 Heather B. Moore is a USA Today bestselling author of more than a dozen historical novels and thrillers, written under pen name H.B. Moore. She writes women's fiction, romance and inspirational non-fiction under Heather B. Moore. This can all be confusing, so her kids just call her Mom. Heather attended Cairo American College in Egypt, the Anglican School of Jerusalem in Israel, and earned a Bachelor of Science degree from Brigham Young University in Utah.
Please join Heather's email list at: HBMoore.com/contact/
Blog: MyWritersLair.blogspot.com
Website: HBMoore.com
Twitter: @heatherbmoore
Instagram: @authorhbmoore
Facebook: Fans of Heather B. Moore

Purchase Your Copy of

The Slow March of Light HERE:

Email ThisBlogThis!Share to TwitterShare to FacebookShare to Pinterest
Labels: The Slow March Of Light: Inspired By A True Story by Heather B. Moore-Book Review & ***Videos Showcasing Hero Bob Inama***