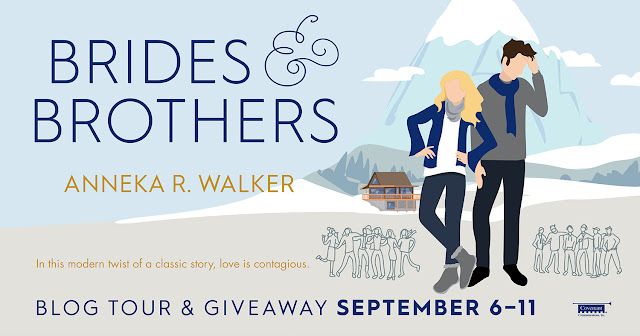 Camille Kelly is in real danger of becoming an old maid—at least by Cherish, Montana, standards. She has all but given up on finding Mr. Right—until her broken laptop leads her to Aiden Peterson, a tall, dark, and handsome computer genius. Camille would never have believed her magic moment was right around the corner, but after two whirlwind weeks, she has a ring on her finger and has happily ever after in sight. However, she soon discovers Aiden is part of a daunting package deal . . .

As the eldest of seven brothers, Aiden has never had a problem living under the same roof as his rambunctious siblings. When he falls for Camille, he is confident she'll fit right into his family's already bursting home. He thought wrong. Aiden and Camille's storybook romance comes to a screeching halt when she discovers her new living situation. Not willing to submit to a life mothering a bunch of grown men, Camille has only one option: she embarks on a campaign to improve her new brothers-in-law and marry them off. And what better candidates for wives than her own best friends?

One of my favorite musicals growing up was Seven Brides for Seven Brothers. We watched it many times as a family and memorized all of the songs. I jumped at the chance to read this modern retelling of the musical. I have to say that I loved it and Author Anneka Walker did a great job with the story. I caught all of the similarities with the original and also loved the original pieces she wrote too.

The main characters Camille and Aiden "fall in love" fast and they both have other reasons to get married. Once they're married and Camille finds out she has many brothers-in-law living with them, the fun and the chaos start. It was nice to get to know each brother and then see how Camille wanted to match each of them up with her friends. There are many humorous things that happen along the way. The more serious side of the story comes out too as we learn more about Camille and Aiden's background and the trials they've lived through. It helps the reader to understand so much more about the conflict that arises between Camille and Aiden.

Overall, this is a wonderful, fast read that romance readers will love. Those like me that love the musical, Seven Brides for Seven Brothers, will especially love this enjoyable tale of finding love, working through differences, and finding a happy ever after. 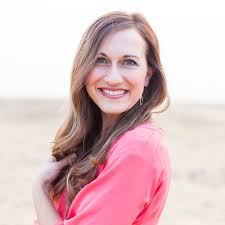 Anneka Walker was raised by a librarian and an English teacher turned judge. After being fed a steady diet of books, she decided to learn about writing. The result was a bachelor's degree in English and History. When she isn't dreaming up a happy ending for a story, she's busy living her own together with her husband and adorable children.
Learn more about Anneka and her books
HERE:https://www.annekawalker.com/
Purchase Your Own Copy
HERE: https://amzn.to/38JB9Ku
**Enter the Giveaway to Win a Copy of Brides & Brothers**
a Rafflecopter giveaway
Posted by Why Not? Because I Said So! at 8:00 AM