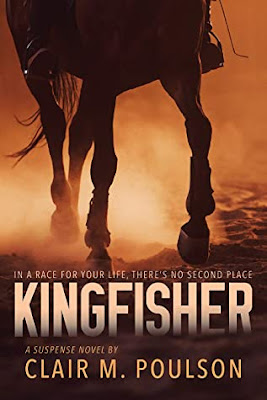 Book Summary
Rancher Kit Troxley loves the thrill of the racetrack. He is well aware that horse racing can be a perilous sport, but when ruthless jockey Sam Overmyer cheats him for the win, Kit's eyes are opened to the dark side of the competition. After accusing Sam of foul play, Kit discovers that horses don't pose the only danger on the track—Sam's fury has followed Kit back to his Utah ranch, and the man is out for vengeance. His agenda is to destroy Kit's life one piece at a time—and why not start big, with an accusation of murder? As Kit struggles to prove his innocence, he must rely on his faithful family and friends for help. But even as he stays one step ahead of Sam's wrath, Kit soon realizes that simple vindication will never be enough for his opponent. What began as a feud on the track has turned into a deadly game of cat and mouse, and Kit will be lucky if he makes it out alive.
My Review
Kingfisher was a great suspense that involved the great big world of horse racing. Right from the start, the action happens which pulls you into the story and into the struggles facing the main characters. In this novel you know right away who the bad guys are and their motivations. The suspense is never knowing what horrible things they are going to do next.
Kit and his twin sister Paizlee are very likable and you definitely root for them as they face all of the trials caused by Sam and his cousin. I also loved so many of the side characters from Lawrence the attorney, to the PI Brandon, and Randall Overmyer (Sam's father). Clearly Randall changes a lot in the story and he realizes the terrible things his son has done. The sorrow comes when certain characters see no need for redemption.
I've read many books written by this author. It ranks up there with the rest for being a great suspense filled with many surprises that keeps the action going. Clair Poulson knows this genre well and you're always in for a great read when you pick up one of his books.
Meet Author Clair M. Poulson 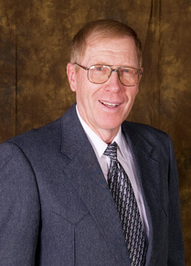 Clair M. Poulson was born and raised in Duchesne, Utah. His father was a rancher and farmer, his mother a librarian. Clair has always been an avid reader, having found his love for books as a very young boy.

He has served for forty years in the criminal justice system. Twenty years were spent in law enforcement, ending his police career with eight years as the Duchesne County Sheriff. For the past twenty years Clair has worked as a justice court judge for Duchesne County. Clair is also a veteran of the US Army where he was a military policeman. He has served on various boards and councils during his professional career, including the Justice Court Board of Judges, Utah Commission on Criminal and Juvenile Justice, Utah Judicial Council, Utah Peace Officer Standards and Training Council, an FBI advisory board and others.

In addition to his criminal justice work, Clair has farmed and ranched all of his life. He has raised many kinds of animals, but his greatest interest is horses.

Clair is married to Ruth, and together, they have five children, all of whom are married: Alan (Vicena) Poulson, Kelly Ann (Wade) Hatch, Amanda (Ben) Semadeni, Wade (Brooke) Poulson, and Mary (Tyler) Hicken. Between them they have twenty-three children. Clair and Ruth met while both were students at Snow College and were married in the Manti temple.

Clair has always loved telling his children, and later his grandchildren, make-up stories. His vast experience in life and his love of literature has always contributed to both his telling stories to children and his writing of adventure and suspense novels.
Learn more about Clair and his books HERE: http://www.clairmpoulson.com
Purchase Kingfisher HERE: https://amzn.to/3hvlhNK