Donna Hatch is the author of the best-selling “Rogue Hearts Series,” and a winner of writing awards such as The Golden Quill and the International Digital Award. A hopeless romantic and adventurer at heart, she discovered her writing passion at the tender age of 8 and has been listening to those voices ever since. She has become a sought-after workshop presenter, and also juggles freelance editing, multiple volunteer positions, and most of all, her six children (seven, counting her husband). A native of Arizona who recently transplanted to the Pacific Northwest, she and her husband of over twenty years are living proof that there really is a happily ever after. 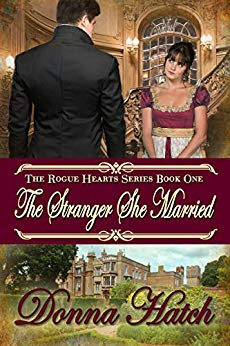 When her parents and twin brother die within weeks of each other, Alicia and her younger sister are left in the hands of an uncle who has brought them all to financial and social ruin. Desperate to save her family from debtor's prison, Alicia vows to marry the first wealthy man to propose. She meets the dashing Lord Amesbury, and her heart whispers that this is the man she is destined to love, but his tainted past may forever stand in their way. Her choices in potential husbands narrow to either a scarred cripple with the heart of a poet, or a handsome rake with a deadly secret.

Cole Amesbury is tormented by his own ghosts, and believes he is beyond redemption, yet he cannot deny his attraction for the girl whose genuine goodness touches the heart he'd thought long dead. He fears the scars in his soul cut so deeply that he may never be able to offer Alicia a love that is true. When yet another bizarre mishap threatens her life, Alicia suspects the seemingly unrelated accidents that have plagued her loved ones are actually a killer's attempt to exterminate every member of her family. Despite the threat looming over her, learning to love the stranger she married may pose the greatest danger to her heart. And Cole must protect Alicia from the killer who has been exterminating her family before she is the next target.

This romantic story of loss and betrayal, forgiveness and redemption, and strangers marrying, will leave you laughing, crying, and swooning. Sprinkled liberally with suspense, mystery, and heart-melting kisses, this is not your ordinary historical tale of an arranged marriage nor of redeeming the rakes. Fans of Victorian and Regency Eras as well as those seeking clean and wholesome romance with plenty of chemistry, not to mention the redemptive power of love, will love this story!

Dance with a duke, outwit pirates, save a kingdom, and fall in love. Believe in happily ever after.

The Rogue Hearts Series:
The Stranger She Married
The Guise of a Gentleman
A Perfect Secret
The Suspect's Daughter

Praise for Donna Hatch:
“Donna Hatch is one of the masters of clean romance with electric tension and smokin’ hot kisses.” ~ Reading is My Super Power Reviews

As Cole looked down into Alicia Palmer’s face, he knew of a surety she was worth any risk. She touched him in a place he’d thought long dead.
A younger man wearing a saucy grin approached Miss Palmer. “Did you save me a dance, Lissie?”
Cole’s initial irritation for the man’s cheekiness faded to puzzlement. He knew him from somewhere. A vague unease arose.
When the young man’s gaze moved to Cole, he paled visibly. “You!”
Miss Palmer gasped. “Robert Palmer, where are your manners?”
Of course. Robert Palmer. From London. Cold dread trickled  across  his  heart  as  he  considered  the ramifications.
Palmer pinned him with a dangerous glare. “Stay away from my cousin.”
“Your cousin?” Cole looked from him to the lovely Miss Palmer and understanding dawned. He cursed under his breath. He hadn’t been aware Armand Palmer had a sister. Not that he’d bothered to find out. The possible ramifications took a more serious turn.
Miss Palmer sent Cole a look of apology and turned to her cousin. “Robert, explain yourself.”
In a cold sweat, Cole waited for her condemning stare.
Palmer trembled in rage. He spoke quietly, but each word shot through Cole like bullets fired at close range. “He’s the scoundrel who shot your twin.” 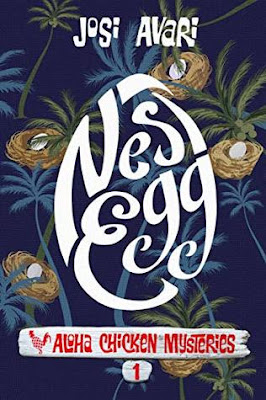