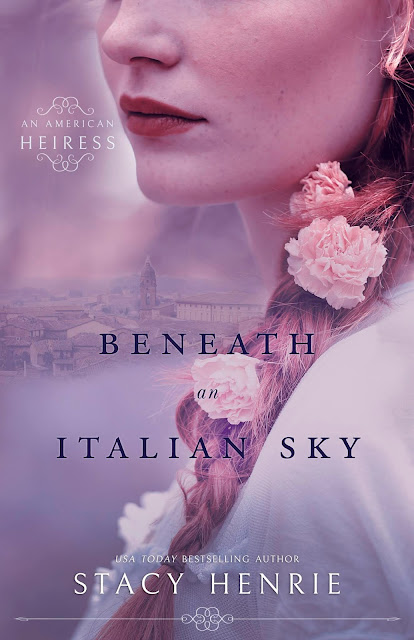 What a beautiful cover!! I'm excited to read this. Read more about this upcoming novel down below!

American heiress Clare Herschel made what she hoped was a love match when she married the handsome, witty Emmett Markham, the Earl of Linwood. A little over a year into her marriage, though, Clare finds herself wintering in Sicily—alone. She is sure the mild climate is the answer to avoiding another miscarriage and Emmett’s apparent indifference, so she’s determined to remain in Italy as long as possible. The last person she expects to show up at the villa is her husband, especially when Emmett confesses he’s there to convince her to return to England.

As the only surviving son of a marquess, Emmett has done everything his father has asked of him—even agreeing to run for a seat in the House of Commons. However, this latest task comes with a nearly impossible caveat. He must convince his wife Clare to come back to England with him in order for them to appear to be a happy couple for his political campaigning. Emmett isn’t confident Clare will agree to the plan, though, not when she seems to want nothing to do with him or the life they’d begun building before she abruptly left him for Italy.

When a massive earthquake strikes Messina, Sicily, claiming the lives of thousands, Clare and Emmett must set aside their mutual misgivings about their marriage in order to survive and lend a helping hand to others. But in the wake of the destruction, they begin to realize they’ve been given a chance to decide if their love is stronger than the upheavals of the past.

AMERICAN HEIRESS SERIES:
Night at the Opera
Beneath an Italian Sky (April 2019)
Among Sand and Sunrise (October 2019)

Other books by Stacy Henrie:

OF LOVE AND WAR:
Hope at Dawn
Hope Rising
A Hope Remembered
A Christmas Hope


Put this novel on your To-Be Read
list on Goodreads!
Expected publication: April 23rd 2019 by Mirror Press
https://www.goodreads.com/book/show/43785500-beneath-an-italian-sky
Posted by Why Not? Because I Said So! at 9:30 AM