Review of, Journey to the Fringe by Kelli Swofford Nielsen 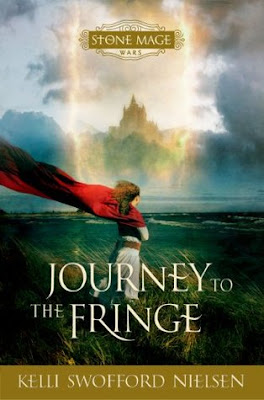 Publication Date: May 1, 2012 | Series: Stone Mage Wars (Book 1)
Long ago, Stone Mages were revered in Lyria. They were men and women who could use powerful tradestones to harness their unique gifts of wind, rain, and earth to help those around them. But war with the Southern realm has threatened the mages with extinction. The truth about the tradestones has been lost, and the remaining magic is dwindling. When Princess Ivy, the beloved daughter of the king, is abducted, it seems that all hope for Lyria is lost as well. But when an unlikely group of loyal subjects embarks on a dangerous journey to the far-distant Fringe, the hope of restoring crown and kingdom is renewed. Among the group is Simon, a fool with wisdom beyond his years; Gilda, a nonmagical witch; Burr, a young thief; and Merrick, a jaded sea captain. Their quest will test their courage, their strength, and their friendship. But at the Fringe, they encounter a truth that will change everything they thought they knew about themselves, and this small band of heroes must embrace the power that is their birthright and stand together as Stone Mages of Lyria.
My Review:
Journey to the Fringe is a fantasy with a very interesting world. Though it took me a few chapters to get into the story, after I became acquainted with all of the characters, the story took off for me. A unique aspect of this book is how many different POV's (points of view) are used in this novel. I felt that this allowed more story to be told. If this book had only been told by one point of view, I don't think it would have been as rich and bold. I loved many of the characters such as Princess Ivy, Simon, Laith, Captain Merrick, Gilda and of course the old seer Medwin.  All of these characters have a gift that makes them a Stone Mage. All of their individual gifts are Earth elementals harnessed to the wind, rain and earth. Princess Ivy can control "space" and open up portal doors and Simon can control the gift of time. I loved the scenes where they used their unique gifts.
The characters are in a battle for their homeland, Lyria. It has been taken over by the evil Abaddon, who with his strong, Southern warriors want to annihilate the Lyrian people. There is a lot of action and great battles in this book. The characters are so well written that you care about them quickly. They each have their own personal battles and reasons to be journeying to the Fringe. I can't wait to read more in this series. The first book can actually stand on it's own, without any other books to come. This book is written for the Young Adult Fantasy reader, but with the many great adult characters, adult readers will also connect with this book. 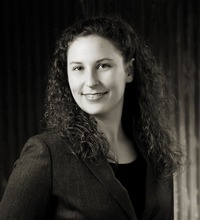 Kelli Swofford Nielsen graduated from Utah State University with a bachelor’s degree in teaching English. She and her husband, Jeff, live in Chicago, Illinois, with their two sons. Journey to the Fringe is Kelli’s debut novel.
Posted by Why Not? Because I Said So! at 8:51 PM

Email ThisBlogThis!Share to TwitterShare to FacebookShare to Pinterest
Labels: Book Review: YA Fantasy, Journey to the Fringe, Kelli Swofford Nielsen