Review of "Sleight of Hand" by Deanne Blackhurst 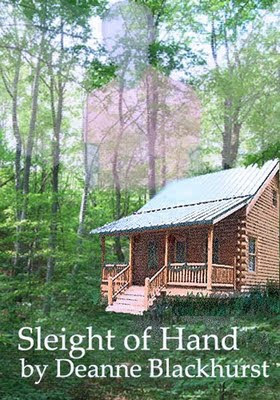 Is it possible to con your way out of hell? Fifty-two year old Daniel Cabrero thinks so and why wouldn’t he? That’s how he spent his entire life. But Jonah his spirit guide has reasons of his own for making sure Daniel pays for all the suffering and misery he’s caused others. Still sometimes people can change, even in hell. And maybe Daniel can keep his son from following the same path.


"Sleight of Hand" is the story of a man named Daniel who did not lead a very good life. He made many wrong choices along the way. In fact, at the beginning of the book he is in the middle of a con when he dies of a heart attack. Then the story takes place in the next life in a place called "Wasteland". There Danny meets his guide, Jonah, who tries to help him along the way. In the "Wasteland" Danny learns he needs to pay for all of his sins and develop a change of heart. With this process he "relives" or watches all of the evil things he did in his life. He also feels the pain that he caused others. Jonah tells him that " “Wasteland isn’t a punishment,” Jonah said, as though there had been no break in their conversation. “It’s more of a holding area until you are ready to view your life honestly and satisfy the requirements of justice.”

Throughout the story we learn why Danny is in "Wasteland" and why many people don't make it to Providence right from the beginning. Jonah explains...
“Every mortal who ever lived in the world has made choices in their lives
both right and wrong. It’s expected. Growth can’t happen without failure.” Jonah’s
eyes remained fixed on the tiny sphere. “Because of this, each man, woman and
child is given the opportunity to correct these mistakes over the course of their
life time. When someone errs and then resolves that error, a process occurs that
not only satisfy’s the demands of justice, but also allows the individual to become
better and more deserving. You had your whole life to settle these things, and
you did nothing. ”


I have to be honest I really never grew to like the main character Daniel. His viewpoint of life was that life wasn't fair and how he wasn't going to do anything to try and change himself. This attitude at first made me crazy. Even with knowing about his hard childhood, I had a hard time feeling empathy for him. But, the journey you take with Danny in this book could be any of us. He slowly starts seeing the light, so to speak. It also makes you take a second look at your life and how you are living your life. This book is a non-denominational story, but anyone that believes in the next life and redemption and justice, will enjoy this book. Even though Daniel will never be a memorable character for me, it was satisfying to see him try to grow and change in this novel.

As far as recommending "Sleight of Hand", this is a dark and sometimes depressing book. It is full of terrible things that Danny did to other people. If you are looking for a quick, uplifting book, this is not it. If you want to read a very deep, and compelling book that makes you think about life, then you will enjoy the book. Deanne knows how to write with much emotion. You can't help but be moved by what you read. 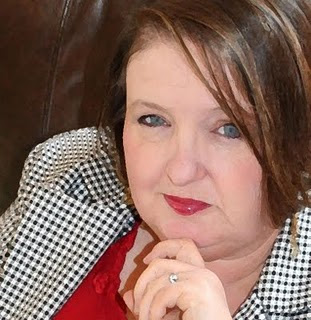 Get to know Deanne: This is what she has to say about her life and her writing...


"Hi. I’m Deanne Blackhurst, the author of Turning Hearts andSleight of Hand. I was born in Oakland, California and grew up all over the California Bay Area with a few two year stint in New Providence, New Jersey. I went to BYU and majored in drama, communications, creative writing and family sciences in that order.
I spent a year and a half in Paraguay before returning home and marrying my long time friend turned sweetheart Kent Blackhurst. We have three biological children, one adopted from Mexico and two from Haiti, a son-in-law and will be adding a daughter-in-law in a few months
Over the years I’ve always had a great love for writing. I’ve written for Newspapers, magazines, newsletters, web pages… just about anything you can think of. I’ve addressed topics as widely varied as raising credit scores and alpine horn enthusiasts. However, given the choice, I always enjoyed writing humors articles in the style of my hero Erma Brombeck. I currently write a weekly blog called The Book of Deanne that features short humorous insights into the life of a writer/mom.


In 2002 I began what would be an eight year journey to write my first novel. It was accepted by a publisher in 2008 and released a year and a half later. Turning Hearts is the story of a young female LDS missionary searching for a family she’s been dreaming of.
In the mean time I began work on a second novel with a somewhat unique premise. Daniel, a seasoned con man dies unexpectedly and finds himself in the afterlife. His spirit guide Jonah leads him to a beautiful cabin in the woods and Daniel believes that he has conned his way into heaven. But hell isn’t necessarily a burning landscape with devils and pitch forks and sometimes the worst punishment a man must suffer comes from the depth of his own conscience. Sleight of Hand was released as an eBook on July 15, 2010.
On the horizon is a romantic thriller, and contemporary fantasy.
I am also the author of Exploring the eBook Jungle, a blog about my experiences publishing and marketing an eBook.

When I’m not writing, I like to read (of course), eat chocolate, explore international cuisines, design on-line graphics, play with my grandson and shop for dangling earrings. I’m forever trying to drop a few pounds and get out to the gym more often. I love watching Psych and Castle on TV and the A&E version of Pride and Prejudice."


Sleight of Hand can be purchased at Smashwords.


I was given a free e-copy of this book. In no way did this influence the review that was given. 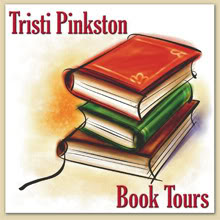