My Review of "Fulfilling Relationships" By John J. Lee Jr.

BRIEF OVERVIEW
‘Fulfilling Relationships’ expresses the Lord’s counsel that we are not to become the punching bag of every bully. Neither are we to return their railing with ours. Rather, we are encouraged to become a Shepherd, neighbor and friend to those wounded and scarred of our Father in Heaven’s children among us, showing them the way, through our care for them. We are to approve and encourage behavior that is true to their Divine natures. We are to help them experience the good, so they know to refuse the dross. As we do, we are promised to find our lives fulfilled and feel the joy that accompanies laboring with God and angels.
The liberating truth is, while walking away might prevent contention, the Savior’s admonition to love, bless, do good and pray for our would-be enemies actually commences their deeply needed healing. Further, not only will we benefit others, but as we minister to them, a beautiful Divine change settles upon our own character: One worthy of God’s Spirit.
Every day offences come from our sweetheart, or parents, children, neighbors, fellow-workers or complete strangers. It may take all our self control just to walk away from such railings. However, if we follow the Master and become worthy to be called by His name- walking away is not enough. The Redeemer tenderly invites us to: “Love your enemies, bless them that curse you, do good to them that hate you, and pray for them which despitefully use you, and persecute you.”
When you first read the title of this book, "Fulfilling Relationships", you think about marriage or dating. This book does cover that relationship, but it goes into every relationship that you will experience here on Earth. Here are some of the chapter titles:
-Taking and Receiving
-Giving and Receiving
-The Lord's Invitation to Become a Peacemaker
-Our Sweetheart
-Our Children
-Our Neighbors and C0-workers
-God and Strangers on Our Way
This book is perfect for any God-loving Christian who wants to better themselves, It is also a perfect book to help you learn how to better serve others and make the world a more peaceful place. This book is a quick read at only 176 pages. It may be a small book, but it is big in content and it's message. "Fulfilling Relationships" is a good book to read this time of the year.
If you would like to buy a copy of "Fulfilling Relationships" you can find it at Amazon.
You are invited to leave your comments about "Fulfilling Relationships" or your related queries for the author at www.fulfillingrelationships.net 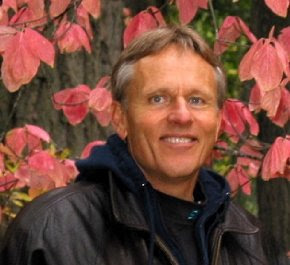 About the Author
John successfully led the vision, launch and/or expansion of several entertainment and media entities and provided business, funding and distribution services for scores of major studio released motion pictures, television network series and specials, with combined production costs of over $470 million and global rights earnings exceeding $4 billion.
John is an author, teacher, global media and entertainment executive, director, producer and screenwriter. His book, "The Producer's Business Handbook" is used by film schools the world over, is a standard professional media reference, its third edition released by Focal Press at the 2010 American Film Market.
His passions are his family, writing, producing, studying, teaching, new technologies and surfing. Closest surf to Mumbai are the quite remarkable Sri Lankan waves.
John began his career in 1968 as a business consultant with the NCR Corporation. John executive produced his first motion picture in 1976 and in 1977 became Business Affairs Vice President for global motion picture sales company Howard Goldfarb Distribution and subsequently in the same position for Heart Entertainment. John led multiple new media companies including the direct broadcast satellite entity Impression Delivery Corporation (acquired by CapCities) and advanced the ad sales units of Times Mirror Cable Television (acquired by Cox Communications).
In 1996, he accepted a full time faculty position at BYU's Film School, where he initiated their Business of Film curriculum and authored "The Producer's Handbook", currently in its third edition through Focal Press.
In 1999 John founded and served as CEO Entertainment Business Group, a motion picture global finance, distribution and business services entity, until its acquisition by The Gillen Group. In 2004, John became the co-founder and CEO of iCommunication Dynamics, LLC, an Internet television technology entity.
John is currently Dean of Whistling Woods International, the largest film school in Asia, participates in global entertainment and new-media initiatives, writes and speaks at events.
John is a founder of The San Diego Repertory Theatre.
John and Darylann, his sweetheart of forty-two years, are the parents of six children and twenty grandchildren. These relationships are the core of his life and largely inform the experiences related in his book 'Fulfilling Relationships,' released in 2010.
John and his wife currently live in Mumbai, India, where they are also involved in humanitarian work focusing on educating eager, able, but less fortunate children, and enabling women to become financially independent.
Posted by Why Not? Because I Said So! at 8:45 AM