A Revolution Of Hearts: A Historical Romance By Ronda Gibb Hinrichsen: Book Review, Excerpt, and Giveaway 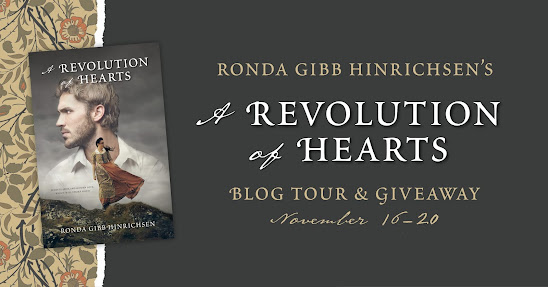 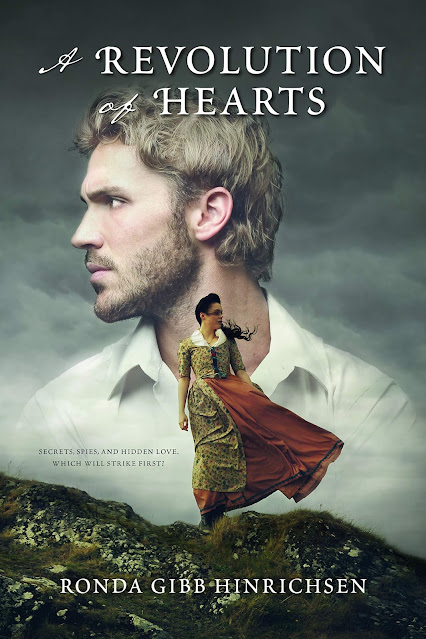 Secrets, Spies, and Hidden Love. Which Will Strike First?

Born to a life of wealth and status, Mademoiselle Dacia de Prideux is every inch the glittering aristocrat. However, her brother, Marcel, is an outspoken political activist, and with the country on the verge of the French Revolution, he has made dangerous enemies—one of whom takes Marcel's life. When Dacia is accused of the unthinkable crime, she finds refuge with her dear friend Marguerite St. Just, who believes there is one man with the means to help: that wealthy fop, Sir Percy Blakeney.

Intent on rescuing people from perilous circumstances, Richard Harris, wealthy English landowner and member of Sir Percy's league of gentleman heroes, has been assigned to protect Dacia. Hiding her in plain sight and masquerading her as a housemaid at his estate, Richard soon comes to trust the beautiful woman under his protection, and their feelings for each other grow stronger each day. But Marcel's murderer will never stop pursuing Dacia, and she will need both her cunning and Richard's connection to the legendary Scarlet Pimpernel to survive.

The first thing that you notice about this book is the gorgeous cover and that pulled me into this novel instantly. I also was very interested in the time period and the events occurring at this time in history. The French Revolution is about to happen and the country is full of unrest. As the novel progresses, you become fully invested in Mademoiselle Dacia de Prideux's race for her life and it's so hard to put this book down. Dacia was a character I grew to love because of her awakenings that occurred in this novel. The beautiful aristocrat becomes a housemaid as she hides from the evil Antoine M. Jeret who is out for blood. Dacia becomes quite humbled in her new circumstances which in turn catches the eye of her new protector, the wealthy Mr. Richard Harris.
This novel is a wonderful assortment of political thriller, criminal activity, mystery/suspense, and of course romance. As the pieces to Dacia's hidden life start leaking out, there are many moments of action and angst as readers have no idea what will happen next. I loved this book, it's great characters, and a story line that was different and thrilling. A Revolution of Hearts is right up there with my favorite books of 2020.
Excerpt from A Revolution of Hearts

Soon I will meet with the love of my life, Dacia de Prideaux thought

as their driver stopped the carriage in front of Paris’s celebrated theater,

the carriage door. Cold wind gusted inside against the carriage’s back wall

even as rain plastered it from the outside. Dacia hunched her shoulders,

shielding herself from the cold, and touched her hairline at the base of her

neck. So far, her pouf hairstyle—including the glass star-shaped jewels her

lady’s maid had added to represent what she had called un beau ciel blond,

“I fear even the umbrella will do us little good in this weather,” Marcel

said. “We must rush for the entrance.”

Dacia hugged Sunna, her pet bichon, against her chest and scooted to

the edge of her seat.

“Or perhaps, Sister,” Marcel continued, “you would prefer we forgo

our evening with Romeo and Juliet? You might wish to spend the whole

of it in front of the fireplace, wrapped in a blanket and”—he smirked—

“reading one of my latest manuscripts.”

“Your teasing will get you nowhere. You know very well I would not

forgo this evening for anything, especially not for one of your philosophies

on the proper use of political power. King Louis is the monarch, and that

Marcel, still smirking, stepped outside. He pointed his umbrella toward

the wind and helped Dacia from the carriage. The two then hurried alongside

staircase. They passed the line of uniformed guards, who with their rifles

propped over their shoulders, stood between the theater’s pillars and arched

doorways, warning all by their very presence that while some jeers and shouts

at the actors might be tolerated, on all accounts order would be maintained.

If only such measures actually worked.

round pillar closest to the wide staircase. After ascertaining Sunna, still cradled

in her arms, was none the worse for the rain, Dacia scanned the crowd. She

focused more on the stiff-fitted frock coats than the shimmering silks.

“You are certain our box is close to Noah’s?” she asked.

your purpose. Now, calm yourself, Sister. I am sure that no matter where

we are, you and your betrothed will find one another.”

“Hush.” She glanced at the men and women on either side of them.

“Noah and I are not engaged.”

Both Dacia and Marcel turned to the squat man behind them. By the

looks of his gray coat and simple powdered wig, he was very likely in trade—

doing well, if the cut of his coat spoke the truth of the matter, but still in trade.

“I am Monsieur de Prideaux,” Marcel said. “What can I do for you,

“Oh my. Nothing. Nothing at all. I only wanted to congratulate you on

your last essay on man’s right for happiness. Not many men would dare refer

sons are not”—he lowered his voice—“though, many of us do say it in private.”

Not that again. Dacia frowned as several more men and just as many

women gathered round her brother. Next, they would be blaming the aristocracy

for the bread riots, as if it was their fault the weather had destroyed

France’s crops. Could they help what God decreed? At any rate, that fact

themselves, much less all of France.

A masked Harlequin—one of the actors, no doubt—dressed in a

and handed him a triple-folded note.

contents. He handed the Harlequin a coin. “Tell the sender I am most

happy to meet with him after the performance.”

“Tell Monsieur Robespierre he may share our box this evening, if it

would please him to do so.” Marcel slipped the note inside his coat pocket

and told the man the location of their box on the second floor.

“Morbleu, Marcel,” Dacia said when the Harlequin had disappeared in

the crowd. “The two of you will be talking so much, you will forget all about

why we are here. You know how important this evening is to me.”

“Robespierre’s presence will not spoil your surprise. Truly, Sister, after

having been so many years away at school, de Lévis will certainly be anxious

to see you again.”

“That is the trouble. It has been years. What if he has forgotten me?”

“Do be serious. Surely his letters have left you no room for doubt on

“You are right.” Dacia smiled, but inside her thoughts hitched. Was

Marcel right? The last letter she had received from Noah had arrived two

months ago. She had told herself he had not corresponded more because he

was busy finishing his school responsibilities and making arrangements for

his travel home; but after the first month had passed with no communication,

her certainty of his love for her had fallen prey to doubt, ridiculous though

Another of Marcel’s admirers approached, and Dacia stepped slightly

back from her brother. She rubbed Sunna’s neck, a little too anxiously, she suspected,

and again searched the crowd. No Noah. Her sources had been correct,

her? By all reports, he had been home for a week. Surely, with an entire week

at his disposal, he could have found time to see her. They had been inseparable

in the weeks before he had left. And she simply could not have misunderstood

the note, consisting only of two hand-drawn lovebirds, that he had given her

their last evening together. Noah, Noah . . . where are you? 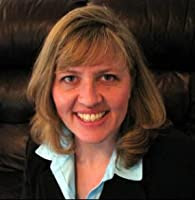 Award-winning author, Ronda Hinrichsen (also writing as Kathleen Marks) and her family own a small farm located between the beautiful Rocky Mountains and the Great Salt Lake where she regularly sees eagles, hawks, owls, and ducks. Lots of ducks. She is the author of independently and traditionally published romantic suspense, non-fiction, and speculative books as well as numerous magazine articles and stories for children and adults. She also enjoys teaching about writing in conference and classroom settings. To learn more about Ronda, visit her website at rondahinrichsen.com.
****Enter the Giveaway to Win a Copy
of A Revolution of Hearts****
a Rafflecopter giveaway
Posted by Why Not? Because I Said So! at 8:00 AM

Email ThisBlogThis!Share to TwitterShare to FacebookShare to Pinterest
Labels: A Revolution Of Hearts: A Historical Romance By Ronda Gibb Hinrichsen: Book Review, and Giveaway, Excerpt

Christmas Day in the Morning Awakening The Joy of Christmas by Pearl S. Buck Newly Adapted by David T. Warner

Christmas Day in the Morning Awakening The Joy of Christmas by Pearl S. Buck Newly Adapted by David T. Warner ... 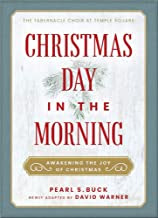