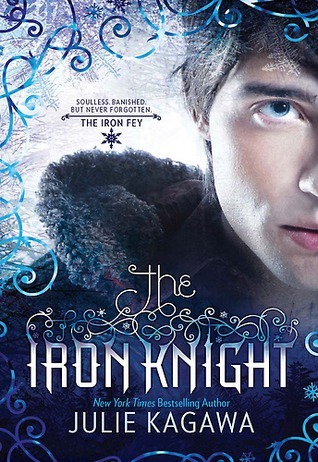 I am the last remaining son of Mab, Queen of the Unseelie Court.

And I am dead to her.

My fall began, as many stories do, with a girl...
To cold faery prince Ash, love was a weakness for mortals and fools. Then Meghan Chase—a half-human, half fey slip of a girl—smashed through his barricades, binding him to her irrevocably with his oath to be her knight.

Meghan is now the Iron Queen, ruler of a realm where no Winter or Summer fey can survive and with the unwelcome company of his archrival, Summer Court prankster Puck, and the infuriating cait sith Grimalkin, Ash begins a quest to find a way to honor his vow to stand by Meghan’s side.

To survive in the Iron Realm, Ash must have a soul and a mortal body. But the tests he must face to earn these things are impossible. And along the way, Ash learns something that changes everything. A truth that challenges his darkest beliefs and shows him that sometimes it takes more than courage to make the ultimate sacrifice.
My Audible Book Review
I've been listening to this whole series on Audible. The Iron Knight has a new narrator, a man this time and he did an excellent job! I loved listening to him read. I was so happy that this book was written. Readers get a deeper look into Ashallayn’darkmyr Tallyn, The Winter Prince, or Ash as we knew him in the first three books in the series. This is the story about his life and his background. It was nice to get to know why he did what he did in the first books. I actually like him even more now. It also gave us more insight into Puck and Ash's friendship and conflicts. This book doesn't have The Iron Queen(Meghan) in it much, but I found that it was OK for the plot of this novel. I have to say this is my favorite book in the series so far. I'm so glad that I've finally been able to immerse myself into this world of the Iron Fey. I've been wanting to read the series for years. Listening to them on Audible has been great!
Excerpt

"Oy, ice-boy! You sure you know where you're going?"

I ignored Robin Goodfellow as we wove through the gray murk of the wyldwood, pushing farther into the soggy swamp known as the Bone Marsh. Mud sucked at my footsteps, and water dripped from twisted green trees so covered in moss they appeared sheathed in slime. Mist coiled around the exposed roots or pooled in sunken areas, hiding what lay beneath, and every so often there was a splash in the still waters farther out, reminding us that we were not alone. As its name suggested, bones were scattered throughout the marsh, jutting out of the mud, half-hidden in tangles of weeds or shimmering beneath the surface of the water, bleached and white. This was a dangerous part of the wyldwood, more so than most—not because of the catoblepas and the jabberwocks and other monsters that called the dark swamp their home, but because of the resident who lived somewhere deep within the marsh.

The one we were going to see.

Something flew past my head from behind, barely missing me, and spattered against a trunk a few feet away. Stopping beneath the tree, I turned and glared at my companion, silently daring him to do that again.

"Oh, hey, it lives!" Robin Goodfellow threw up his muddy hands in mock celebration. "I was afraid it had become a zombie or something." He crossed his arms and smirked at me, mud streaking his red hair and speckling his pointed face. "Did you hear me, ice-boy? I've been yelling at you for some time now."

"Yes," I said, repressing a sigh. "I heard you. I think the jabberwocks on the other side of the swamp heard you."

"Oh, good! Maybe if we fight a couple you'll start paying attention to me!" Puck matched my glare before gesturing around at the swamp. "This is crazy," he exclaimed. "How do we even know he's here? The Bone Marsh isn't exactly on my list of favorite vacation getaways, prince. You sure your contact knew what he was talking about? If this turns out to be another false lead I might turn that phouka into a pair of gloves."

"I thought you wanted an adventure," I said, just to annoy him. Puck snorted.

"Oh sure, don't get me wrong. I'm all for tromping to all five corners of the Nevernever, getting chased by angry Summer Queens, sneaking into an ogre's basement, fighting giant spiders, playing hide-and-seek with a cranky dragon—good times." He shook his head, and his eyes gleamed, reliving fond memories. "But this is like the sixth place we've come to look for that wretched cat, and if he isn't here I'm almost afraid of where we're going next."

"Nice try, prince." Puck crossed his arms and smiled. "But you're not getting rid of me that easily."

"Then let's keep moving." It was getting dark, and his constant chattering was getting on my nerves. Joking aside, I did not want to attract the attention of a hungry jabberwock and have to fight it in the middle of the swamp.

"Oh, fine," Puck sighed, tromping along behind me. "But if he's not here, I refuse to go to the Spider Queen's palace with you, ice-boy. That's where I draw the line."
Posted by Why Not? Because I Said So! at 11:05 AM 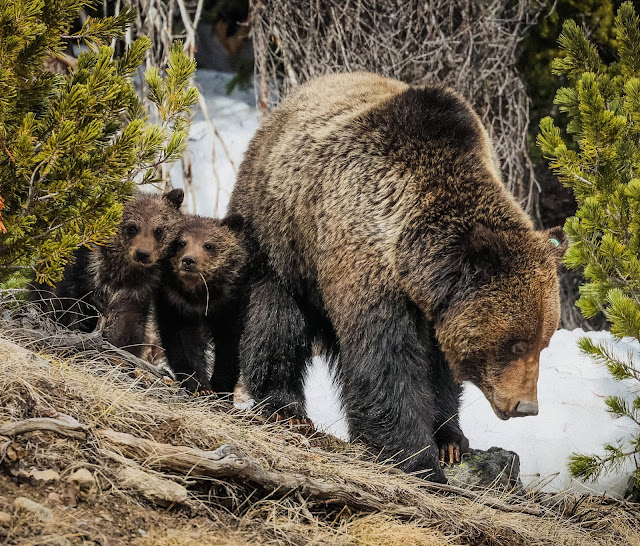