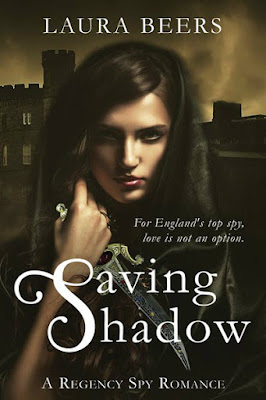 {About the Book}
"For England's top spy,
love is not an option."

Born with a perfect memory, Lady Elizabeth Beckett has become one of the world’s most notorious spies, despite being the daughter of a duke. She is shielded only by her code name: Shadow. When young ladies of High Society begin disappearing from London, Eliza has no doubt who is orchestrating these crimes; a heinous man she has been investigating for years. Vowing to save them before they are sold to the highest bidder, she must risk everything to stop him.
Lord Sinclair was perfectly content being the second son of a marquess, but when his brother is murdered, he is thrust into a position he has not been prepared for and does not desire. As an agent for the Crown, he is expected to retire now that he is the heir, but he’s been granted special permission for one more mission... to obtain justice for his murdered brother.
Used to keeping secrets, Lady Eliza and Lord Sinclair must learn to open up to each other when they are assigned as partners to bring down the same ruthless man and his brutal empire of abduction and slavery. As Eliza’s tainted past becomes too much for her to bear alone, can she learn to trust her new partner with her secrets, her life, and possibly her heart?

{My Review}
I've been reading a lot of Regency Romance the past few years but nothing like Saving Shadow by Laura Beers. The main character is not your normal female Regency character. I love Eliza and her strong, determined spirit and how she doesn't accept being like the other women at that time. She is amazing at being a spy and code breaker. I love female characters like this.

This story had a great plot with a lot of suspense. Eliza and her new partner, Lord Sinclair are trying to stop illegal human trafficking. This was a storyline I hadn't expected but it's only told with a back story and not showing these things in real time.

The romance is a huge part of this novel. There is instant attraction between Eliza and Benedict and the romance plunges forth at a rapid pace. It was almost too fast for me and I wished there had been more interaction between the two characters before they fell in love. With that, I did really like the relationship between these two and how well they worked together to complete their mission. They really did make a darling couple.

I enjoyed reading this first novel in the series and will be looking forward to reading more from Laura Beers. It's always nice to find an author that can write an exciting and clean novel. 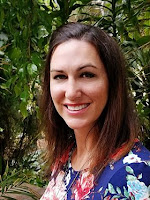 Laura Beers spent most of her childhood with a nose stuck in a book, dreaming of becoming an author.  She attended Brigham Young University, eventually earning a Bachelor of Science degree in Construction Management.


Many years later, and with loving encouragement from her family, Laura decided to start writing again.  Besides being a full-time homemaker to her three kids, she loves water skiing, hiking, and drinking Dr. Pepper. Currently, Laura Beers resides in South Carolina.
Facebook // Instagram // Twitter // Website
Posted by Why Not? Because I Said So! at 8:30 AM