As Wide as The Sky by Jessica Pack (Josi Kilpack): Book Review 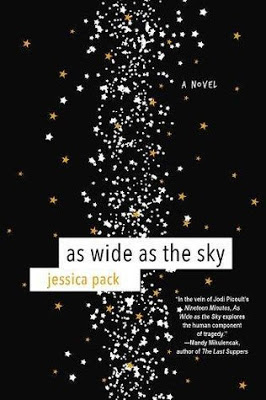 Five a.m.: Amanda Mallorie wakes to the knowledge that her son Robbie is gone. And a new chapter of her own life must begin. She has spent four years as her son’s only support, desperately trying to understand the actions that landed him on death row and to change his fate. Now Amanda faces an even more difficult task—finding a way, and a reason, to move forward with her own life.Before the tragedy that unfolded in a South Dakota mall, Robbie was just like other people’s sons or daughters. Sometimes troubled, but sweet and full of goodness too. That’s the little boy Amanda remembers as she packs up his childhood treasures and progress reports, and discovers a class ring she’s never seen before. Who does it belong to and why did Robbie have it in his possession? So begins a journey that will remind her not only of who Robbie used to be, but of a time when she wasn’t afraid—to talk to strangers, to help those in need, to reach out. Robbie’s choices can never be unmade, but there may still be time for forgiveness and trust to grow again. For a future as wide as the sky.

My Review
As Wide as The Sky is the compelling story of a mother's journey through grief, pain, and finding a way to live again. The story starts with Amanda waking up, thinking of her son that died in the night. Right off you are shocked by the feelings and emotions this mother is going through. Soon, you learn that her son was a convicted murderer who died from lethal injection. This novel is a train ride of various emotions that will take you from highs to lows in a matter of seconds. This book will also be a lesson in reflection for the reader. You will be thinking of your own life and how big and small decisions we make along the way affect so many other lives.

I'll be honest, this book is not always a pleasant read because it may mess with your emotions and beliefs, but I had to keep reading. I actually cried through many of the chapters I read of Amanda, a single mom, who had tried her hardest to raise her two kids to be good people. I ached at her sorry and loneliness as other's judged her by her son's actions of shooting and killing people in a mall.

The writing in this book is beautiful and gripping at the same time. This author has written in the past as Josi Kilpack, so I've read a lot of her books. This book is up there  right along with the best ones I've ever read from her. The story told from Amanda's and other's viewpoints gives you insight to those affected by Robbie's actions. Some gut wrenching scenes, such as when Amanda was cleaning out Robbie's room and looking through the only things she had left of her son made me hurt emotionally and physically. She finds a class ring that didn't belong to Robbie and from there a new storyline opens. Amanda is determined to find out why Robbie had a class ring that belonged to someone close to her age. Her final act of closure in laying Robbie to rest is to return the ring to it's owner and find out why Robbie had it.

This book touches on some hard subjects of mental illness, violence (the mass shooting), abuse, alcoholism, and death. The realities of life shown here truly make this novel strong but fascinating until the last page. The surprising last part of the book brings satisfying closure to Amanda's journey of self examination, forgiveness, healing, and second chances. 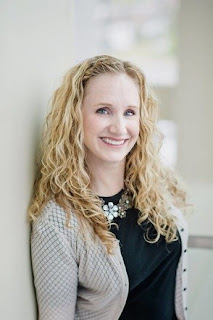 Meet the Author: Jessica Pack(Josi Kilpack)
Josi S. Kilpack hated to read until her mother handed her a copy of The Witch of Blackbird Pond when she was 13. From that day forward, she read everything she could get her hands on and credits her writing “education” to the many novels she has “studied” since then. She began writing her first novel in 1998 and has written twenty-five novels, one cookbook, and been part of multiple collaborations since then. She is a four-time Whitney Award winner and Best of State winner in Fiction. Josi currently lives in Willard, Utah, with her husband and children.

When Kensington Press picked up her first national women's fiction novel, As Wide as the Sky, Josi was in need of a pen name to differentiate between her other genres. For years, Josi has been called Jessica Pack by people who hear her name but don't know her. It made her new pen name easy to choose. As Wide as the Sky will be released in paperback sometime in 2018.

For more information about Josi or her books, please visit her blog, What is a Sundial In the Shade?
Posted by Why Not? Because I Said So! at 9:00 AM

Email ThisBlogThis!Share to TwitterShare to FacebookShare to Pinterest
Labels: As Wide as The Sky by Jessica Pack (Josi Kilpack): Book Review