Fairy tales are simply tales, told and re-told, but changed over time.

It has been four months since Maggie learned the dark truth behind the tale of the Princess and the Pea and freed Princess Lindy from the cursed Emerald. Lindy is now back in the past where she belongs, queen of her tiny Scandinavian country, and Maggie is a fully reformed ex-stalker.

Except … she can’t stop doing internet searches on Lindy and her country.

One morning, Maggie wakes to find history turned on its head. Apparently, you can’t destroy a centuries-old curse without consequence. In order to prevent the changes in history from wiping out the present, Maggie resurrects her stalking gene and learns that fairy tales don’t stay dead for long.

Back in 1623, Lindy is juggling a threat to her family, a handsome new guard she’s not supposed to have feelings for, and a cursed Topaz with ties to the tale of Thumbelina. When past and present collide, Lindy and Maggie are brought together again, and another of Andersen’s tales turns from twisted fiction to chilling fact.
{Purchase Here and Mark to Read at...}

Teresa Richards writes YA, but loves anything that can be given a unique twist. She grew up in the San Francisco Bay Area, got a degree in Speech Pathology from Brigham Young University, then moved to the east coast for a little adventure. A little adventure turned into a long one, and she spent the next fifteen years living just outside New York City.

Now she's settled somewhere between coasts with her husband and five kids, and has realized that writing is her passion. When Teresa's not writing, she can be found chasing after one of her littles, driving one of her teens around, or hiding in the house with a treat she's not planning to share.

She is represented by Mallory Brown of Triada Literary Agency.
​GOODREADS | FACEBOOK | TWITTER | INSTAGRAM | BLOG | WEBSITE
{Be on the look out! Reviews on both books in the Altered Stones series will be posted soon!

Go here to see other spots participating in the blog tour:
https://teresarichardswrites.blogspot.com/2017/09/topaz-reign-blog-tour 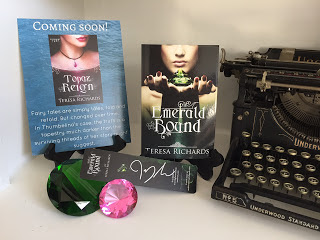 The Great Tree: A Christmas Fable By Able Barrett-Christmas Book Review AND How to Support The Last Road Dog Animal Sanctuary 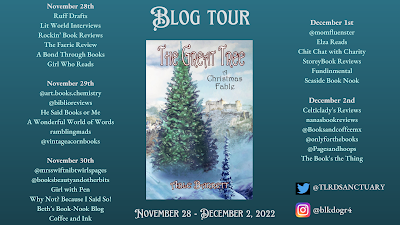