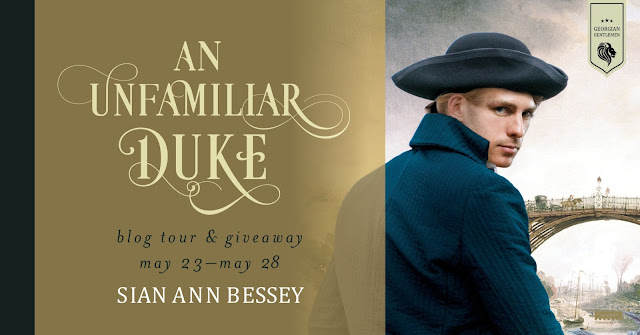 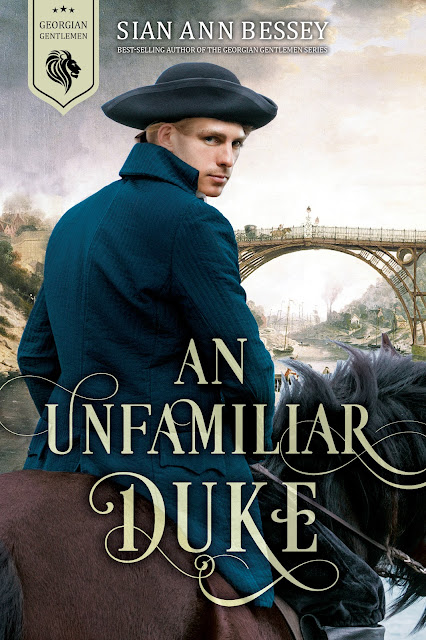 Title: An Unfamiliar Duke
Author: Sian Ann Bessey
Series: Georgian Gentlemen Book 4
Genre: Georgian Romance
Book Summary
At eleven years of age, Rosalind Ainsworth was convinced that Sebastian Lumley, the future Duke of Kelbrook, was the most odious young man she’d ever met. And ten years later, after having had no contact with the nobleman in the intervening time, her opinion of him has not changed. Unfortunately, neither has the marriage contract their fathers signed soon after her birth.As Rosalind’s twenty-first birthday and the appointed wedding day approaches, Sebastian makes a rare appearance in London. His first meeting with Rosalind since childhood goes less than perfectly, but Sebastian has a compelling reason for honoring their marriage contract—a reason outlined in a document kept behind his workshop’s locked door.After a quick wedding, the new couple relocates to Finley Park, where their acquaintanceship slowly blossoms into affection. But when Sebastian’s secretive work threatens their fledgling relationship and Rosalind’s life is placed in jeopardy, Sebastian finds himself forced to choose between the man he has pledged to help and the woman he has come to love.
My Review
An Unfamiliar Duke is the fourth book in the Georgian Gentlemen Series. The main characters in this book are probably some of the most effortless characters to like from the beginning. Even though Rosalind and Sebastian have to marry because of a long-ago written marriage contract, they still have so much respect for each other. There isn't a lot of angst between them that usually is there in an arranged marriage story. They still have a period of adjustment as they get to know one another again since their childhood acquaintance.
I love how this story is an easy read that flows so beautifully. This sweet romance shows how love grows with small daily interactions. A side story contributes to Rosalind and Sebastian's relationship growing, but it also brings in some angst and discord. One thing I loved most about Rosalind is how intelligent she is and loving to do mathematics and calculations. This is a true bond between her and Sebastian as he is also very smart and loves math and inventing. One thing I love about Sian Ann's books is that you learn a lot about historical events wrapped within the pages of a clean and endearing romance. I appreciate an author that puts effort into writing events historically accurate.
An Unfamiliar Duke can be read as a stand-alone but do yourself a favor and read the other books in this wonderful Georgian Gentlemen Series. 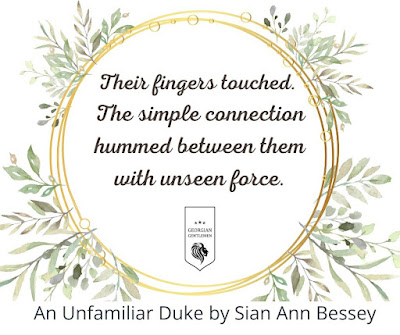 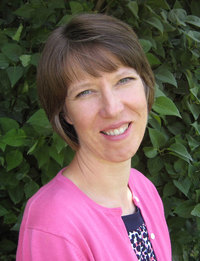 Sian Ann Bessey was born in Cambridge, England, but grew up on the island of Anglesey off the coast of North Wales. She left her homeland to attend Brigham Young University in Utah, where she earned a bachelor's degree in communications with a minor in English. She began her writing career as a student, publishing several articles in the New Era magazine while still in college. Since then, she has written for the New Era, Ensign, and Liahona magazines, and has published historical romance novels, romantic suspense novels, and a variety of children's books. She is a USA Today bestselling author & a Whitney Award finalist. Sian also won a Forward INDIES award for 'The Gem Thief'.  Go visit Sian Ann on her Facebook page HERE.
Learn more about Sian Ann and her books HERE: www.sianannbessey.com 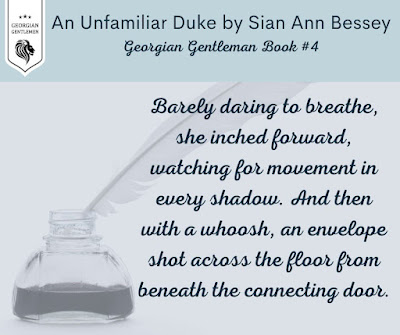 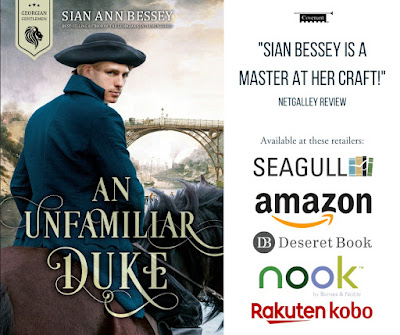 Enter to Win a Copy of
An Unfamiliar Duke
a Rafflecopter giveaway
Posted by Why Not? Because I Said So! at 9:14 AM 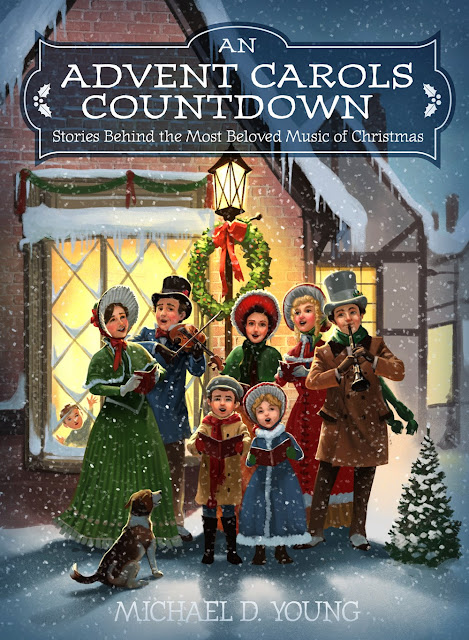